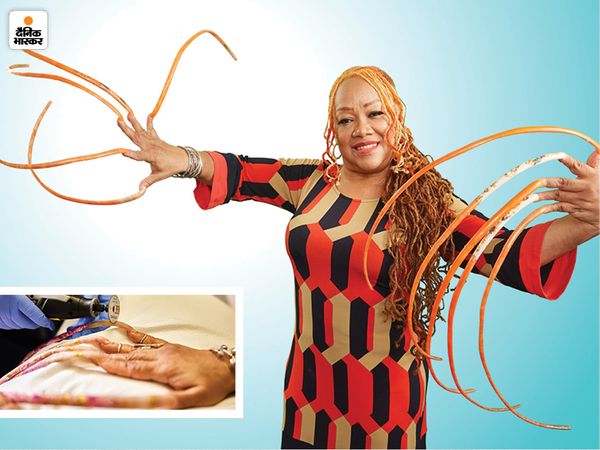 The latest news that is going viral on the Guinness World Record’s social media page is that Ayanna Williams, who created the longest nail record for the last 30 years, got her nails cut. This woman is from Texas, USA. Ayanna’s long nails were cut by Texas doctor Alison Redinger with the help of an electric rotary tool. The Guinness World Record stated in one of its posts that it had been decided by Aaina Williams that after growing nails for the last thirty years, this is the time when she should get her cut done. After growing her nails for 28 years, her nails were 733.55 cm in length.

In 2017 Aaina set a Guinness World Record. She has two bottle nail polishes on her nails and it takes 20 hours to manicure them. Ayanna said in her interview to Guinness Book after getting her nails done – “My nails are enlarged or not, but I will still be a queen.” I made these nails. Nails did not make me ”. During the last 30 years, Ayana never cleaned utensils while caring for her nails, nor did she ever change bedsheets with her own hands.

Hair care: If you are applying conditioner in hair, then avoid applying it on the hair roots, do not wash hair quickly after conditioning,...