The latest case is of actor Ansh Arora, who has received many calls, messages and emails from Salman Khan Films. It is mentioned in an email that he has been offered a negative role in Salman Khan’s next film Tiger Zinda Hai 3. Apart from this, the email also mentions meeting with director Prabhudeva along with her audition. 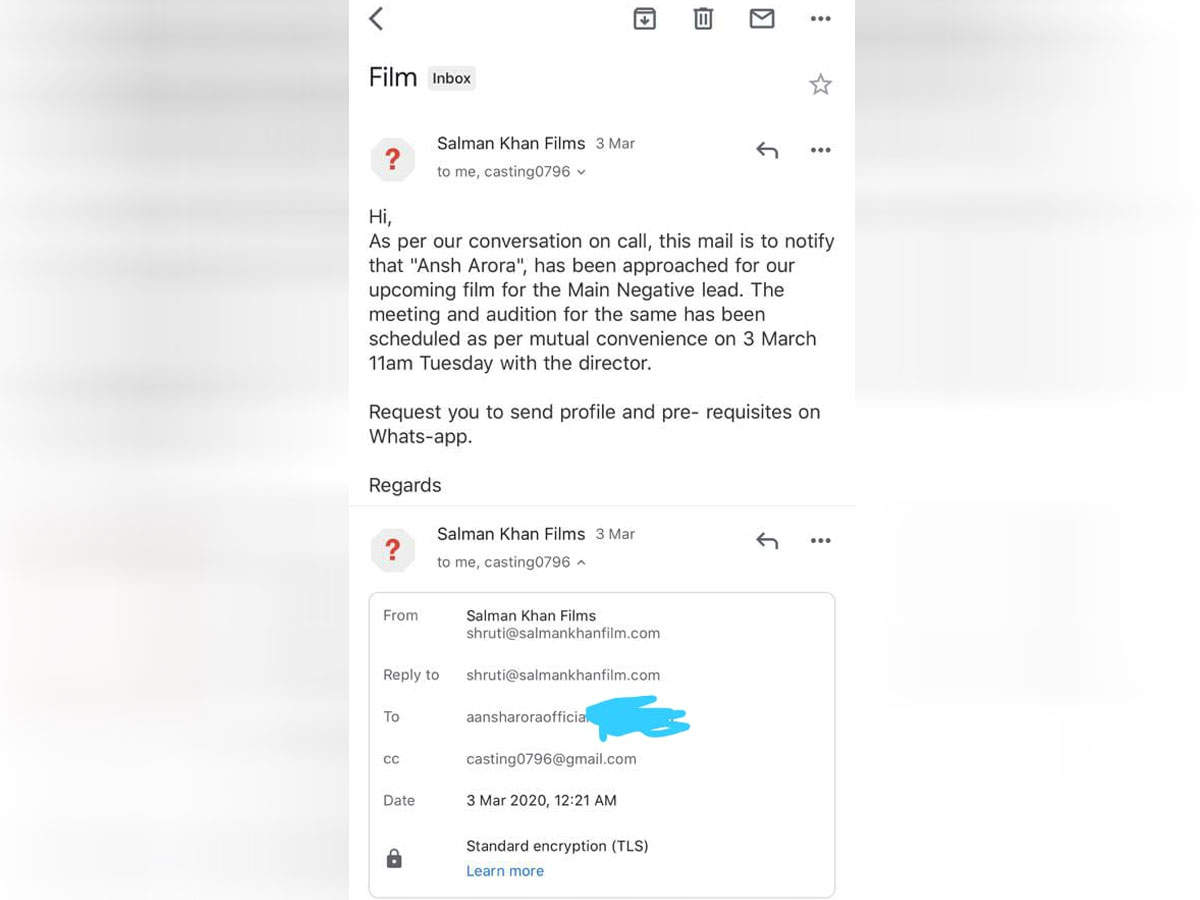 After this Ansh Arora filed a complaint against Salman Khan Films at a police station in Mumbai. Ansh Arora says that he has been cheated and messed with his upcoming projects.

Let me tell you that Salman Khan had said in a tweet, ‘It is to be clarified that neither me nor Salman Khan films are casting for any film right now. We have not hired any casting agents for our upcoming films. In this context, if you receive any email or message, do not trust it. If someone uses Salman Khan films or my name incorrectly, then legal action will be taken.

5 latest designs of mehndi will enhance the beauty of the...

Kristin Cavallari & Jay Cutler Have A Halloween Reunion With The...