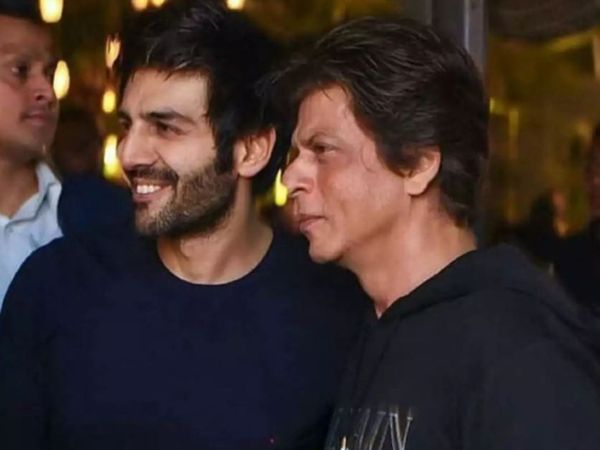 After Karan Johar, now Karthik Aryan has also been dropped from Shah Rukh Khan’s film. According to reports, Karthik has been removed from the film ‘Freddy’ being produced under Shah Rukh Khan’s production company Red Chillies Entertainment. In this film, Karthik and Katrina Kaif were to be seen together for the first time. But, now it seems that their fans will have to wait longer to see the pair together on screen.

Karthik wanted the script of the film to be changed
According to sources associated with the film, “The main reason for Karthik’s removal from producer Shah Rukh Khan’s film was the same as his removal from Dharma Productions’ Dostana 2. This time it was approved while signing the film. Even after giving, Karthik wanted the script to be changed. Fortunately for the Red Chillies the film did not go on the floor. So there was not much investment in the film, otherwise the Red Chillies would have suffered. Karan’s. ‘ For Dostana 2, Karthik had already shot for about 20 days, causing a lot of damage to Dharma Productions.

Karthik also returned 2 crore rupees to Red Chillies
According to reports, Karthik has also returned the signing amount of Rs 2 crore received for ‘Freddy’ to Red Chillies. Now, like Dharma Productions, Red Chillies Entertainment will also have to find a new actor opposite Katrina. Meanwhile, the news of Karthik being out of ‘Freddy’ has created panic on social media. Many users say that Karthik himself is risking his career.

Success has crossed Karthik’s head
Another user wrote, “The success of ‘Sonu Ki Titu Ki Sweety’, ‘Luka Chuppi’ and ‘Husband Wife and Woh’ has hit Karthik’s head. I think they don’t know how to handle him success.” Hopefully someone will guide them, otherwise their career will end soon.