Director Sanjay Leela Bhansali and superstar Shah Rukh Khan are likely to work together again after nearly two decades. According to reports, Bhansali has approached Shahrukh for his upcoming project ‘Izhar’. It is being told that Bhansali was to do this film with Shah Rukh about 4 years ago. But then the matter did not work out. The story of the film is based on the Satyaghat incident, in which an Indian boy goes to Norway in a bicycle in search of his love. It has not been officially announced yet. Bhansali and Shah Rukh had previously worked together in ‘Devdas’, which released in 2002.

2. ‘CT Maar’ Song Gets Fastest 100 Million Views
The song ‘CT Maar’ from Salman Khan starrer ‘Radhey: Your Most Wanted Bhai’ has become the fastest song to reach 100 million views on YouTube. This information has been given on social media by popular composer Devi Sri Prasad in the name of composer and Rockstar DSP. He wrote, “I am overwhelmed by the love the audience got for ‘CT Mara’. I am thankful to Salman Bhai and Prabhu Deva for trusting me.” Devi Sri Prasad has shared the video behind the scene of the song, in which Salman is saying that Devi Prasad has composed the track and is outstanding.

3. Neha-Rohan’s third song coming, first look poster out
The first poster of the new song ‘Khad Tainu Main Dassa’ filmed on Neha Kakkar and her husband Rohanpreet Singh has come out. Sharing the poster with her fans, Neha wrote, “First look poster of ‘Khad Tainu Main Dassa’ from your Nehu and Rohanpreet Singh.” On the poster, it is written with the photo of both, ‘Neha Kakkar Versus Rohanpreet Singh.’ The video is directed by Agam-Nazim and its music is composed by Rajat Nagpal. This is Neha and Rohan’s third song together. Earlier, she has been seen together in ‘Nehu Da Vyah’ and ‘Khyal Rakhya Kar’.

4. Fitness freak Sunny craving to eat Maggi, sniffed and worked
Sunny Leone is quite popular among her fans not only because of her beauty, but also her fit body. She often gives her fans a yoga challenge during the gym. Recently Sunny shared a video on social media, in which Maggi is kept in a box in front of her. But instead of eating it, Sunny is seen sniffing and saluting him. In the caption, Sunny wrote, “When you’re on a diet and crave for Maggie.” This video of Sunny is becoming so viral on social media that more than 2 million views have been seen in just two days.

5. Sharmila Tagore and Soha Ali Khan will auction personal things for animals
On the occasion of Mother’s Day, veteran actress Sharmila Tagore and her daughter Soha Ali Khan are coming together for a virtual charity event. During this time she will auction some of her personal items and the money from this will be given to the animal care organizations Pataudi Trust and World for All. The objective of his initiative is also to save the environment. According to Sharmila, all their things will save about 8,46,527.92 liters of water and 2,070.68 carbon. All items will be available at Salt Scout and buyers will also be able to see how much they contributed to the carbon savings. 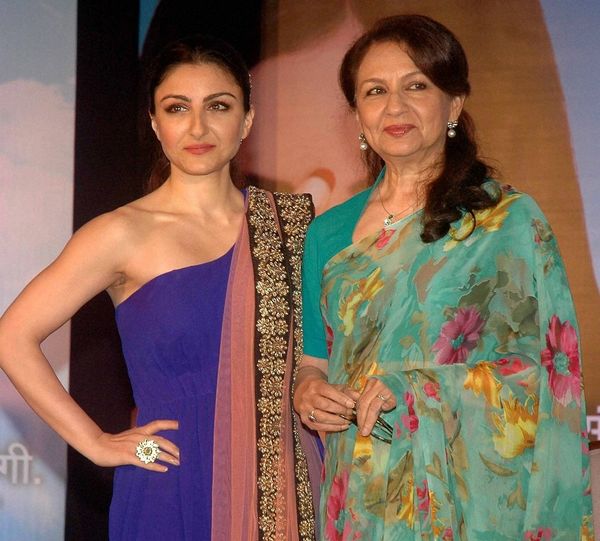 6. ‘I Breathe for India’ Campaign for Kovid Patients, Celebs Support
Due to the second wave of Corona virus, the situation across the country remains catastrophic. In this hour of crisis, everyone is busy helping in their own way. In this series, Non Profit Organization Give India is going to launch the ‘I Breat for India: Kovid Crisis Relief’ campaign to raise funds to help Kovid patients, which Amitabh Bachchan, Anil Anil Kapoor, Anupam Kher, Kriti Senan, Rana Many celebs, including Daggubati and Ritesh Deshmukh, have received support. This fund raiser event will be streamed on YouTube on May 9 from 6 to 8 pm. Lara Dutta and Shyamal Vallabhji are hosting the event. During this time, celebrities will be seen reciting poetry and performing activities like singing songs. The initiative aims to collect Rs 10 crore. 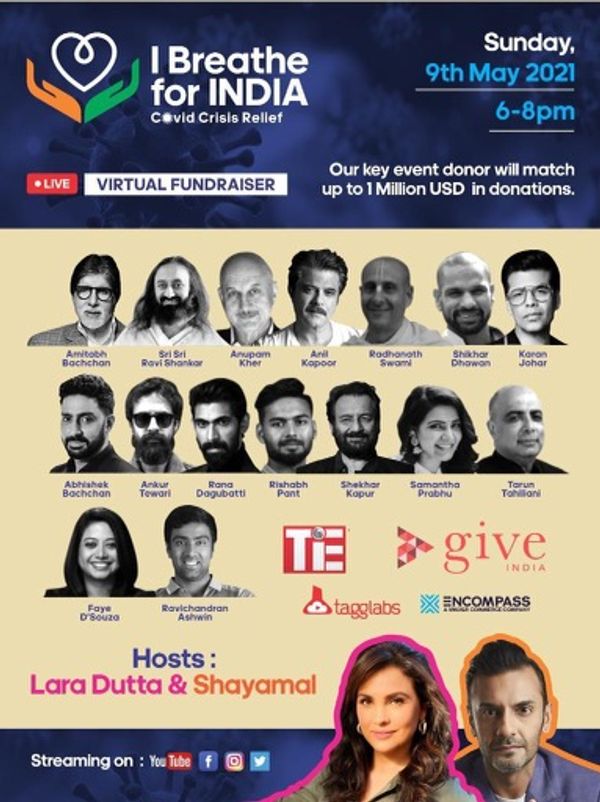