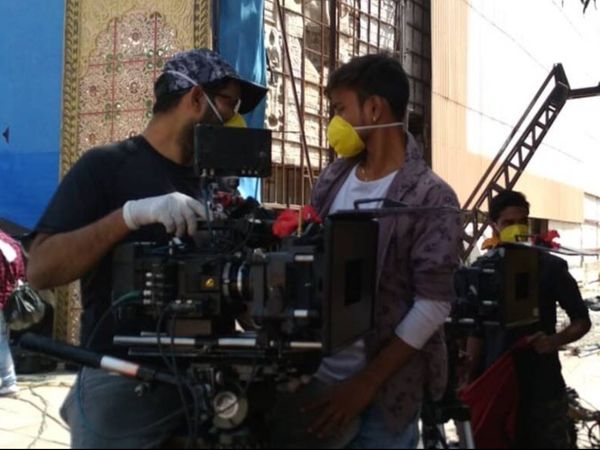 The Indian Film and TV Producers Council has issued a new directive on Sunday regarding the corona transition. Council has asked all producers to get crew members tested every 15 days. Not only this, the producers of all running projects have also been asked to get RT-PCR or antigen test of their entire crew immediately.

9 thousand people tested so far
IFTPC has given information about this by issuing a press note. Also, according to the Break the Chain Guidelines, it has also been advised to have an antigen test every week. Following this instruction, the producers conducted tests and sent everyone’s report to IFTPC. According to reports, so far about 9 thousand people have been corona tested. JD Majithia, chairman of the TV and web wing of Counsil, said that producers have been asked to create bio bubble on sets and post production facilities so that more security can be taken. Work has also started on this which will be completed in a day or two.

Industry artists are also frontline workers
Majithia believes that the government will not impose lockdown in the industry. They expect the industry to be placed in essential services and the workers there will be considered as frontline workers. Because the industry is consistently doing better by creating entertaining shows. This helps people to stay home during stress and relieve stress.

Continuously increased corona
With the start of production work in the industry, the corona transition has also steadily increased. In the past, there have been reports of stars like Aamir Khan, Akshay Kumar, Vicky Kaushal, Bhumi Pednekar, Katrina Kaif and also in TV industry like Rupali Ganguly, Shubhangi Atre, Kanika Mann. Along with these, the crew was also found infected on the sets of films and TV shows of these artists, due to which the shooting work has to be stopped.

Try making the wedge Frankie, after making it, wrap it in...

Who Is Francesca Rubi? — About The New ‘Below Deck’ Chief...