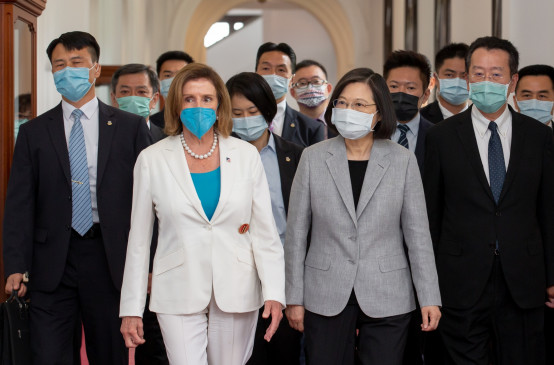 Digital Desk, Beijing. China has announced unspecified sanctions on US House of Representatives Speaker Nancy Pelosi for her controversial recent visit to Taiwan.

The foreign ministry in Beijing said on Friday that China has imposed unspecified restrictions on Pelosi and his family members in view of their travel to Taiwan.

In a statement, the DPA news agency quoted the ministry as saying, “Disregarding China’s serious concerns and strong opposition, Pelosi insisted on visiting China’s Taiwan region.” This is a major interference in China’s internal affairs.

It seriously undermines China’s sovereignty and territorial integrity, seriously tramples on the one-China principle and seriously jeopardizes peace and stability in the Taiwan Strait, the statement said.

According to the statement, in response to Pelosi’s serious provocation, China has decided to adopt sanctions on Pelosi and his immediate family members in accordance with the relevant laws of the People’s Republic of China.

Beijing was stunned Tuesday after Pelosi visited the self-governing democratic island and began air and sea military exercises with live fire in the maritime zone near Taiwan.

Earlier in the day, the Foreign Ministry summoned the Japanese ambassador in retaliation for Tokyo’s criticism of China’s maneuvers around Taiwan within the framework of the G7 grouping. The ministry said a formal protest response has been submitted to the ambassador.

On Thursday, ambassadors of G7 countries and representatives of the European Union were similarly summoned. The G7 expressed its concern in a statement to its foreign ministers, which said there was no reason to use a visit to Taiwan by a top US politician as an excuse for aggressive military activity.

Pelosi has become the first of the highest-ranking US diplomats to visit Taiwan in nearly 25 years of history. Beijing views the self-governing democratic island as part of its territory and rejects any official contact with Taiwan.

Disclaimer: This is a news published directly from IANS News Feed. With this, the team of bhaskarhindi.com has not done any editing of any kind. In such a situation, any responsibility regarding the related news will be with the news agency itself.

Bollywood News at eBioPic: Janhvi Kapoor revealed what her home situation was like after...

Amazon App is giving a chance to win 10 thousand rupees, small work will...