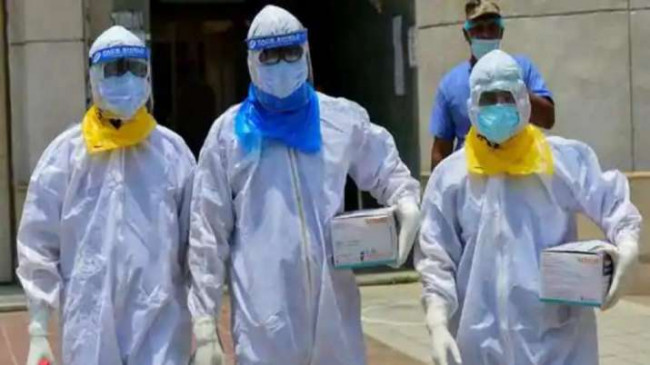 Digital Beijing, New Delhi. The World Health Organization is maintaining a new version of the corona virus found in South Africa at B.1.1.529 and will hold a special meeting on Friday. In which it will be considered whether the form created due to excessive change should be included in the list of nature of concern. The official said that according to the information received so far, this form has arisen due to the most changes.

Virus found in people who have been vaccinated

Let us tell you that this virus was first identified in South Africa this week. And it has already spread to several neighboring countries, including Botswana. Actually, this form of the virus has been found in people who have been fully vaccinated. As the new variant emerged, scientists have warned that there could be an increased number of new forms of the virus that may be more resistant to the vaccine and have a higher rate of spread. Once again the whole world community is worried about this.

Virus became a challenge for the countries of the world

Let us tell you that such a case has not come to the fore in India yet. As a precaution, India has been asked to conduct strict screening of persons from South Africa, Botswana and Hong-Kong. A new Kovid variant has been detected in a passenger who returned from Malawi in Israel. Israeli PM has said that we are currently on the verge of a state of emergency.

Let us tell you that Maria Van Kerkhove, who is leading the Kovid-19 technical group regarding this new variant, said on Thursday that less than 100 variants of genome sequencing are available. We don’t know about it yet. We do know that there has been a lot of genetic variation in this form. He said that when there are many forms, there is concern as to how this will affect the behavior of the Kovid-19 virus.

Scientists are finding out

Let us tell you that researchers are trying to understand together where these changes and spike proteins are and what can be the vaccine. Maria Van Kerkhove, who is leading the COVID-19 technical group, said the WHO’s technical advisory group on the evolution of the virus is in discussion with its southern African colleagues. “We are meeting again tomorrow,” he said. We are calling a special meeting to discuss this, not to give a warning, but because we have this system. We will bring these scientists together and discuss what it means and also what could be the time frame to find a solution for them.