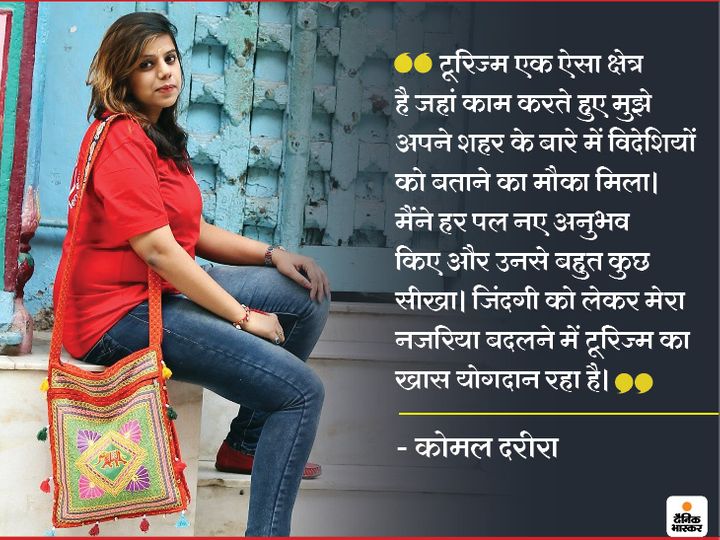 Komal Darira knows very well how to negotiate with auto rickshaws and make money. If a foreign tourist in Delhi is troubled, how can he be supported, what historical places should he take, the skill of interacting with and understanding the tourist could make Komal a successful guide.

Komal became Interpad Travel’s first woman urban adventure guide at the age of just 19. That too when she was doing her studies with this job. Komal works around 6 or 7 hours daily guiding 10 people. She never feels tired while doing this work for a week. The crowded areas of Delhi or the serene atmosphere can be seen guiding the tourist. 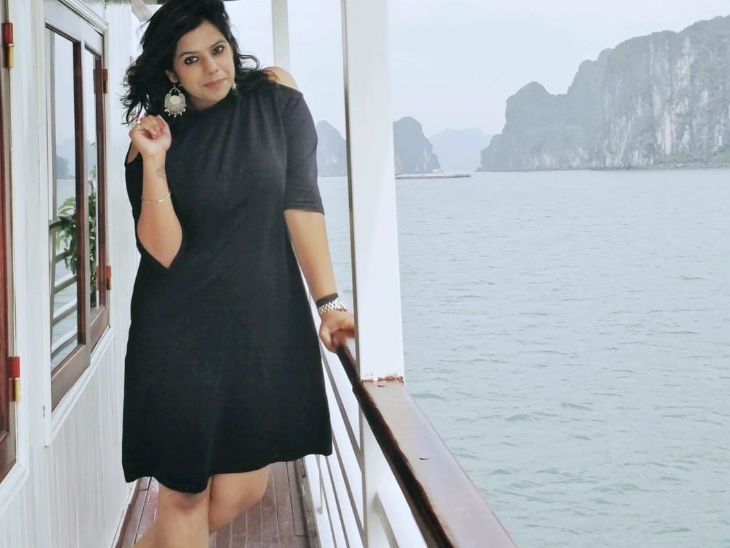 When Komal is asked if she has an experience that scares you during her guide journey, she remembers the night of December 2015 when she was going home after sitting in an auto rickshaw to deal with work. It was around 10 in the night. The auto driver took some distance and stopped the auto on the way and asked them to come down.

She says when “I asked her the reason, she started saying that I have to smoke cigarettes.” Actually, he had drunk alcohol at that time. Then he shouted loudly and I got off the auto. He left me midway and went away. My house was 15 km from where I was standing. It was difficult for me to cut the lonely road alone.

Komal called her office or friends but could not speak to anyone. After some time I was able to talk to the manager of interpid. He quickly reached Komal by taxi and drove her home. 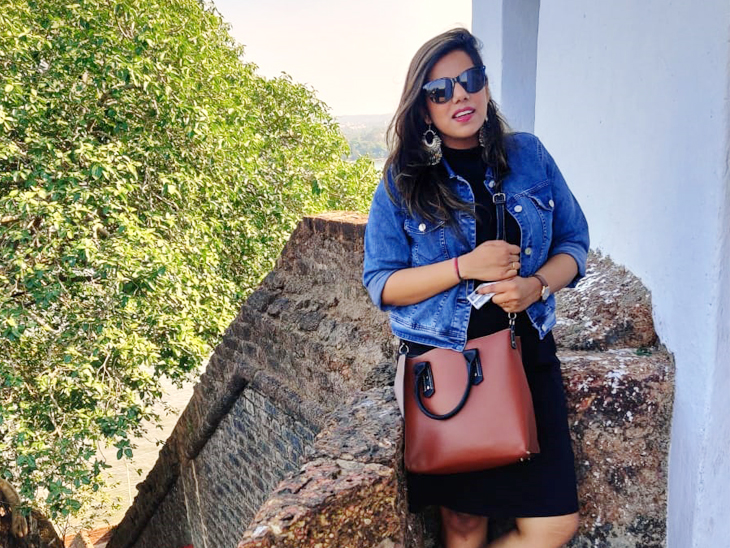 Her grandmother has been instrumental in making Komal’s career a success.

At that time, Komal did not take long to understand that if his manager did not help at the right time, then it was difficult for him to travel 15 km that night where anything could happen to him. Stay awake till late night due to her work, someone has always supported her, so she is his grandmother of 69 years.

Komal does not get tired of praising her grandmother. Due to their cooperation, Komal has been successful in her career. She also attributes her success to her company Interpid, which led to her becoming a Confident Leader.

He has been awarded the ‘Top Performer of the Year’ award because of his best performance in Urban Adventure. Komal says, “Tourism is an area where I got an opportunity to tell foreigners about my city while working. I felt new every moment and learned a lot from them. Tourism has contributed a lot in changing my outlook on life ”. 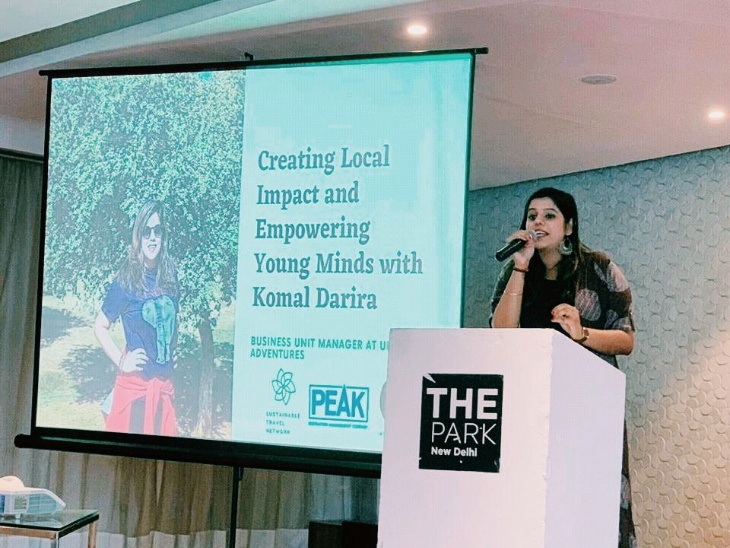 Komal is happy that the number of women guides in Delhi has increased after working as her guide.

At the age of 26, she became the youngest guest speaker at the Voice of India Tourism and Institute of Tourism Studies University, Lucknow. Komal has tried to reduce the gender gap in tourism sector due to her hard work. She is happy that after working as her guide, the number of women guides has increased in Delhi.

Komal says, “I want to say to every girl who comes to this area that like a mail guide, it is a memorable moment for a female guide when she becomes a guide to the tourist about the heritage, civilization and culture of her country She tells. The happiness that comes from doing this work is wonderful. ”Komal considers her work as a therapy and a means of learning something every moment. 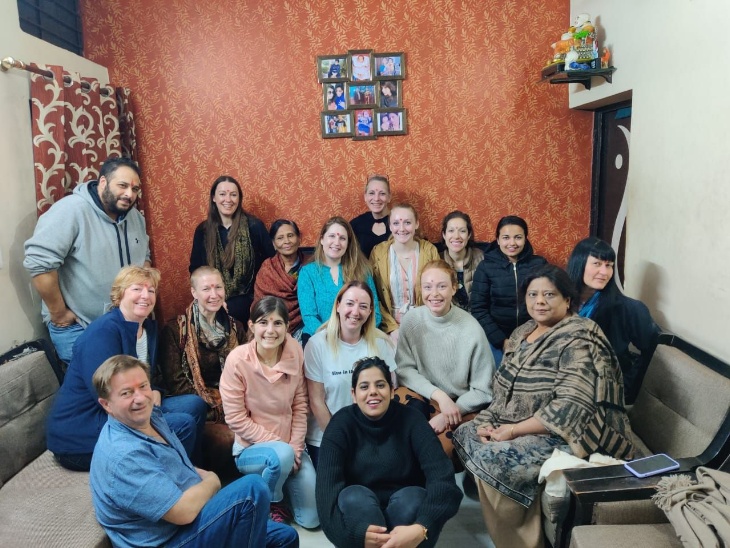 Komal in her home with mother, grandmother and some tourists.

Komal is happy that every major decision in the house is taken by asking her. When a neighbor asked Komal’s father, why does your girl act as a guide? Did you not have enough money to make a doctor or engineer by teaching it? So his father said with pride, “I do not mind his work because he himself is happy with this work.”

When someone talks to Komal’s marriage to their parents, they say, “Komal is not our daughter, but a son.” She can take every decision on her own. ”She is very happy to see her parents trusting Komal. These small things also matter a lot for Komal. ” 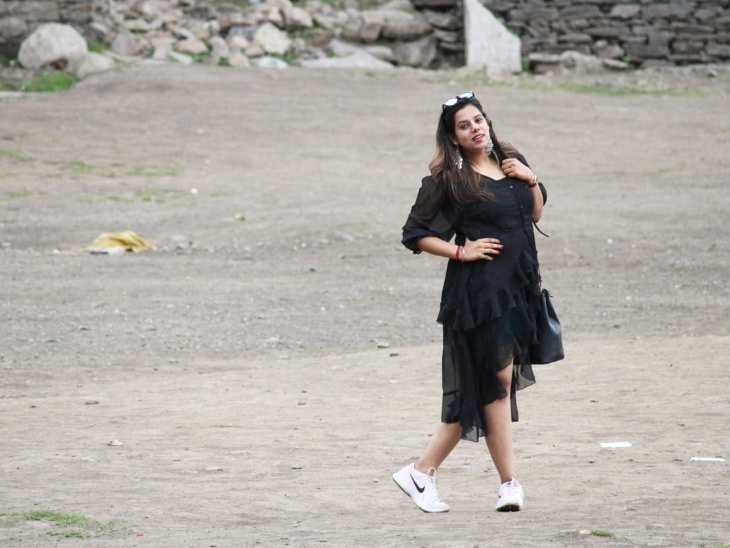 Komal has started a travel community with her friend Srishti.

Komal wants more and more women to enter the tourism industry considered as male dominated. Workers working here should get work not because of being a boy or a girl, but on the strength of their ability. Tourism companies need to make efforts in this direction so that women like other areas also dominate here.

While working in the field of tourism, Komal realizes the problems women working here face. Komal along with her friend Srishti has started a travel community named ‘Woman for World’.

She wants her efforts to reveal real stories of women from all over the world. This will inspire other women to do something. 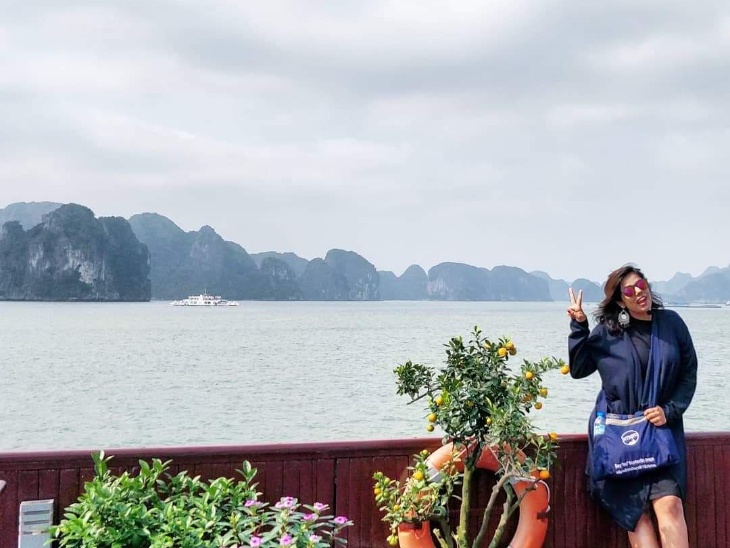 In the Corona period, she is trying to promote soft tourism.

If we talk about the tourism industry during the Corona period, then we all know that in the areas where the adverse effect of this epidemic has occurred, the tourism industry is also included. In order to save the jobs of those employed through the tourism industry, you should make a booking for the end of this year or next year in good hotels or tourist spots so that the employees working there can save their jobs. At this time, when you are at home following social distancing, then by visiting the virtual world, increase the information of your children as well as children towards tourism.

The most popular PM of the century in New Zealand, he...