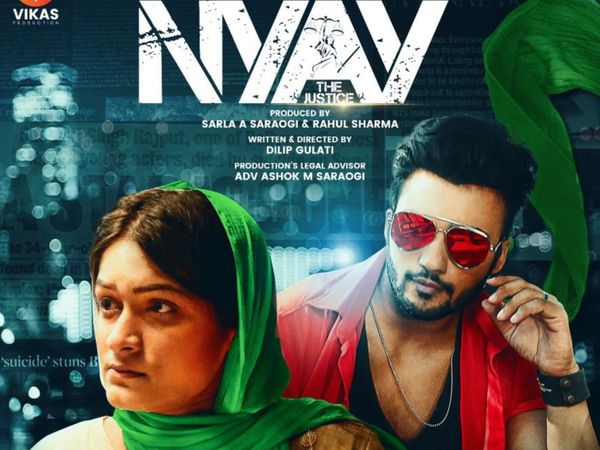 Directed by Dilip Gulati, the film ‘Justice-The Justice’, inspired by the death of Sushant Singh Rajput, is coming on the big screen. He says that we cannot show anything wrong in this, because the name of the film is Justice-The Justice. Director and film’s lawyer Ashok Saraogi gave important information about the film.

The director of the film tells the story of Dilip Gulati – have not played much politics and played the emotions of the character. It also has its own imaginations. He came out of television to films, how people took him when he came here. I have brought a thought about how the young boy became a star by straggling and how people cut down on him. In this way, trying to give him justice. However, what is written in Destiny is the same. The film has entertainment value. Songs have also been kept, as he was a good dancer. Have tried to glorify him. He helps one crore for the flood victims in Kerala. Then people started saying that you are from Bihar, then why are you helping Kerala! He kept four-five members of his team at home. Adi has tried to stabilize his love with the family.

You are trying to show good things, then why did the case happen?
Director Gulati says – no one has seen the film yet. People fear that his image will be tarnished. Don’t know what will happen Second, some people are also such that they have to do something. Should just get a chance. I know there has been a case in Mumbai, which is on board. Next month there is a date in the High Court around April 15.

How did the actors get ready to play the role.
Dilip says – We were looking for a boy, who has also worked with him. His name is Zubair Khan. I wanted a glamorous girl look, for which Shreya Shukla was signed. The Chief of Narcotics was Punjabi, so signed Shakti Kapoor to give Punjabi flavor. The commissioner wanted a Maharashtrian look, so Anant brought Jog. Lady was CBI, for which, according to her personality, Sudha Chandran was in my mind. ED’s Investigation was very important, because the matter moved ahead with ED’s Investigation and he had sent Matter in Narcotics. Aman Verma was seen fit in it. I thought they should be brought on board. Kiran Kumar was needed for a positive lawyer. I brought Asrani for the role of Father, I thought he would do some experiments. They get emotional.

Milind Gunaji has become the heroine’s advocate in the film. The heroine is named Urvashi. Tuff is needed in the role of a judge, whose voice is strong. Raza brought Murad for him. Arun Bakshi was caught for Mahesh Bhatt’s character, because he does not even have hair or something! Actors are also good. How does she get the problem after signing the film. Mixing the characters of three-four producers in one, chose Kamal Malik for this. When we told the role to the people, then people felt that they were showing this genuin thing. These are all intelligent people and are not financially straggling. Due to our good script, there was no argument with the producer about the payment.

The film is almost complete. The last scene remains. Which will be finished by shooting soon. The rest of the work is in progress. Loire will make the end good by discussing with Saraogi, as he is legally knowledgeable. The entire shooting of the film has been done in Mumbai. There was a 35-day schedule. The film has a party song, showing her dance skills. A romantic song is kept. There is a title song and you did not think that there was a ruckus, what happened to me… it is a background song. There are four songs in total. 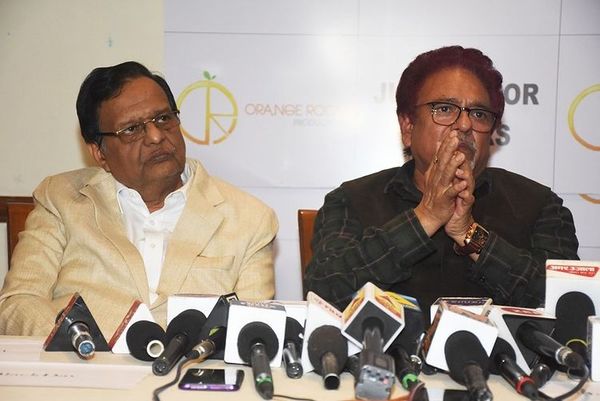 How are you associated with the film Justice- The Justice?
My wife Sarala Saraogi is the producer of the film and Rahul Sharma is associated with her. The two are filming together. Story concept, the concept of the subject is mine. The idea of ​​how to string it into legal words is mine. Since I was also involved in Sushant Singh Rajput’s case, I know inhouse. We cannot write film dramas, the rest of the basic idea is given by me.

In what form were the cases related? Got permission to make a film?

Shruti Modi who was Sushant’s ex-secretary. I used to represent them. There is no need to take any permission for this, because all these things are public domain. Secondly, the person who is no longer in the world, does not have his personal life assets.

The story is given as a Loire. Can you tell what things are told in the film?
Whatever the things are, all are taken from the public domain and there is no need to take anyone’s permission to make things on the public domain, the person who is no longer there, now has no assets in his personal life. Even if there are any assets, you go to the legal adviser. Just like if you want to make a film on Mahatma Gandhi, then whatever things are about him, he is in the public domain and for that you do not need to take permission from his grandson.
If there is a living man and we make biography on him, then there is a need to take his permission definitively. We are running on Public Dominion. All are running on the basis of the factory and no one can deny them.

Then what happened on the case?
The consultant of the case says that if we are trying to discredit Sushant, then this picture should be stopped. Secondly, he says that if Investigation is still on, then our film will make a difference in Investigation somewhere, so it should be stopped. Now another case has also been done by someone from Bihar. Now in a day or two, you will know what is the matter. Talking about the Mumbai case, we have won in the District Court. He then went to the High Court. The High Court refused to grant him any interim relief. Now there is a case there, it will not have any effect.

In this, you also sagged the drugs angle that you have taken this aspect too?
Yes, I was the first to divert. In a three-day interview on TV, I had revealed the entire poll that drugs come in the industry to a great extent and in Sushant’s case the drug angle is very important. It was only after this that Drugs for Investigation started. Everyone was caught – till then neither the material came to the ED nor any material came to the CBI.

Many people will be offended by this statement!
We are not telling them druggists anywhere. Yes, it is definitely telling that he got used to some drugs somewhere and was caused by someone. Someone tried to do it. We are not telling his character wrong anywhere. We want this, which today the world has forgotten Sushant’s name, some of the channeled chests used to say that I swear that I do this, I do that, but suddenly he got diverted and If you ask today, you will not even take that name of Sushant. We want to keep it alive so that its proper investigation can be done further and whoever is really guilty, gets punished.
Yes, to some extent celebrities have gone to the drugs angle, but cannot ejectively tell. We have not drawn much to the political angle, but have certainly pointed fingers at the role of the police. It is based on the life of the entire Sushant. How he came to Mumbai, how he struggled and how his leg was pulled when he got a chance to become a star. We have covered this whole. The case is still under investigation, so what have we shown in the climax. This is suspense. We have raised the subject that suicide or murder and that is why we have given the title, Justice – The Justice.

You are deeply involved. Then according to you what is the truth?
The film industry is such that many people are drawn to it. You also have to maintain yourself by coming here. The industry is such that night and night parties are held here. If there are expenses in them, then the juniors who come, they somehow get attached to the seniors. Even today, if you go to Oshiwara area of ​​Mumbai, it is still there today.

Okay, how much did you play in the choice of the character?
Rahul and Mrs. Saravagi used to consult me ​​about the auditions that took place for Sushant’s character. Whose face is not found, how is it according to the actor, I was consulted about all these things and in many things I have also agreed. Well, the biggest issue of the film that is going on with me is that what is happening in the industry, I have to tell this to the people. Second, this fellow reached this top level and would probably go much further than that. I want to bring all these things out, how they were demoralized and removed from the way.