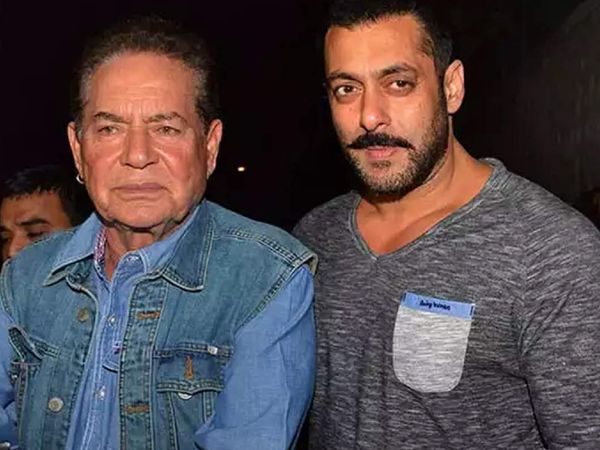 Salman’s ‘Radhey: Your Most Wanted Bhai’ has been critically under attack since its release on Eid. A lot of mimes have been built on the film on social media as well. Why eBioPic had a special conversation with his father and star writer Salim Khan on the issue of why such actors like Salman do such films. Here are the major excerpts: –

Q-Reviewers are feeling the duplication of Salman’s previous films in films like ‘Radhe ..’ Creative hard work and newness are seen in this film. What would you like to say?
A-Earlier film, Dabangg 3 was different. ‘Bajrangi Bhaijaan’ was good and totally different. ‘Radhey’ is not a great film at all, but commercial cinema has a responsibility that every person can get money. Artists to producers, distributors, exhibitors and every stakeholder should get the money. The one who buys the cinema should get the money in any case. Due to this, the cycle of cinema making and business goes on. Salman has performed on this basis. Stakeholders of this film are in advantage. The rest of Radhe is not that great film.

Q-How do you like the ‘tiger’ series?
A-Whatever the mission films are, the action is good. That film had Twist and Turns. My own film ‘Don’ had Twist and Turns in it. I think the purpose of films should be that they keep you tied for two and a half hours. If you do not let us get bored then those films are right. It is not to be expected from the rest of the cinema that a revolution will come from it. We did films like ‘Don’, so she was not great, but she was interesting.

Q-Have you ever been heartbroken, or did Salman also ask that you write something for them?
A-There are some ideas, mind goes on them as well. A little work is also increased. But the reality is what will happen if I write something with Salman. It is that to make a good film a lot of sacrificing has to be done. Now in star films like Salman, it happens that pour it, mix it, it keeps on listening. It becomes very difficult in such a situation. Our films which have been made such as ‘Sholay’, ‘Deewar’, ‘Zanjeer’, ‘Trishul’, ‘Shakti’ have been giving creative satisfaction to the writers. These are all very good films.

Q-If the budget of Salman’s films is high, why not write on films by spending on writers?
A-The film industry has a big problem that there are no good writers here. The reason for this is that the writers do not read literature in Hindi or Urdu. Anything seen outside and get involved in Indianizing it. The film ‘Zanjeer’ was a game changer of Indian cinema. That film made a comeback to the right path of Indian cinema. But since then, the industry has not received the replacement of Salim-Javed yet. In such a situation, what should Salman do?

Q-Many knowledgeable, trade analysts say that Salman’s career is over now, what would you like to say?
A-He has been saying this every time after performing a little less than the expectations of Salman’s film. The reality is that as soon as Salman’s hit film did not come, just Salman started being called Salman all around.