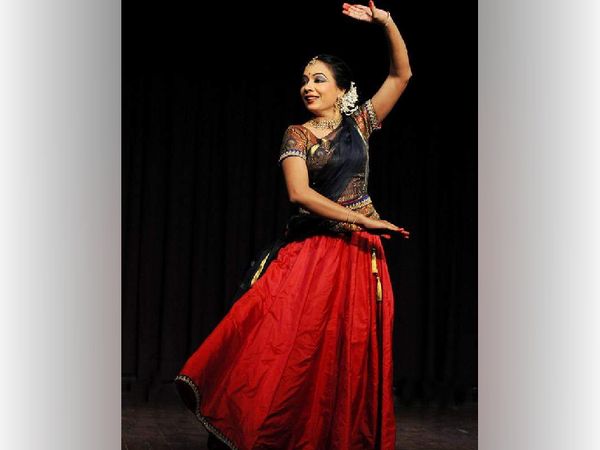 Katna dancer Hina Vasen of Ujjain, the city of Baba Mahakal, is not an idol of any identity. His name is taken with Shiddat in the area of ​​Kathak. Born in a poor family, it has not been an easy journey for a normal girl to become a Kathak dancer. Meanwhile, many obstacles came up. The biggest obstacle was poverty. Despite this, he never gave up. Hina has made a new place while battling with the circumstances. She has done more than 300 stage shows in India and abroad.

Hina says that the mother used to sweep in Susheela. This would have cost the house. Despite this, the parents did not allow any deficiency. Two small rooms named after the house, in which it was difficult to breathe properly. Grew up in this Was fond of classical dance since childhood. Everything was going well Meanwhile, his father Subhash Chandra lost his life in an accident while working in a powerloom factory. It was a big shock. Despite the ups and downs of her life, Hina’s spirit could not be shaken.

MP’s Cyber ​​Expert DSP Srishti Bhargava: Instead of Deputy Collector in MPPSC, I chose DSP post because I wanted to do challenging job like off-the-shelf investigation.

Never had any money, could not go home at festivals
Struggling with the shortage, Hina earned a BSc (IT) degree from Madhav Science College. Hina, who was interested in classical dance since childhood, started realizing dreams from the age of 16. Took admission in National Institute of Kathak Center, Delhi. There, he started the Kathak dance practice as a disciple of Pt. Krishnamohan Mishra Maharaj, a disciple of Pt. Shambhu Maharaj of Lucknow Gharana.

After completing the five-year course, he began to present Kathak at the national level and international level. Hina said, while living in Delhi, sometimes there was no money. Due to this, she could not go home on festivals. The mother does not let morale break. She used to say, one day everything will be alright. Taught tuition to cover expenses in Delhi.

Today, more than 300 stage shows in India and abroad
Hina today carved out a distinct identity not only nationally but internationally in Kathak dance. The mother’s dreams came true. At the age of just 30, in addition to Hina country, South America, Australia, China etc. have performed more than 300 stage in other countries.

Tips on how to copy and paste objects with the Microsoft...

New and thrilling options coming to the Linux 5.14 kernel

The attainable causes Google is transferring away from APKs on Android