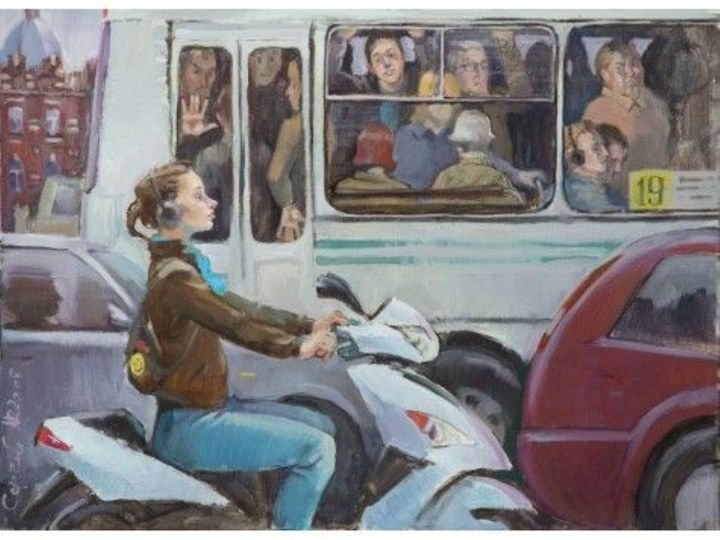 Story: One and a half tickets

As the conductor opened the bus stop at that last bus stop in the metropolis, a rustic elder standing below extended his hand to climb. With one hand, he climbed in the bus with staggering steps, because in the other hand, Lord Ganesha had a very beautiful Balmurti.

After that five-six riders boarded the last bus going to the village, there was no place to set foot. Handling the idol of the hand on the bus, watching them unsuccessfully trying to balance, when the conductor emptied his seat and said that Dadda sit here, he sat on that seat comfortably with the idol close to his stomach.

Within minutes, this lovely idol of Bal Ganesh became the curiosity and center of attraction of all. Spontaneously, a couple of hands joined him with reverence.

The conductor, taking money from the rear riders, stood in front of Dadda and asked, “Where will you go, Dadda”? Answering, he tried unsuccessfully to get the money from the dhoti of the dhoti.

Seeing them getting upset, the conductor said, “Let it be.” Will give it while descending. ‘And once again Dadda sat down confidently, adjoining the statue of Ganapati.

The bus had caught pace now. After cutting everyone’s ticket, the conductor stood up with the support of one seat and spontaneously asked them, ‘Dadda, even in your village there will be a statue of Ganesha, then, at this age, after two hours of traveling and so much running, it will come from the city. Why are you taking the idol of Ganesh?

Hearing the question, Dadda said with a smile, “Yes, nowadays, as soon as the festival comes, shops are decorated on all sides, even idols are found in the village, but not like this. Look how sweet and lively it is. ”Then began to say with seriousness,“ There is also a story of taking the idol from here, son. Actually, we deprived husband and wife of child happiness. He did all the remedies, the system, then accepted it with luck and took his mind to work.

‘Fifteen years ago we both came to this city in connection with work. As the festival of Ganesh Pooja was near, then went to the market to buy idols and items of worship. Suddenly the wife’s eye fell on one such idol and her motherhood awoke. Saying ‘my child’, he took that idol from the chest.

Years of pain flowed out of my eyes, the sculptor also got overwhelmed seeing this and I took the promise of giving him a similar idol of this same mold every year. Bus! Since then this sequence has started. Till two years ago, she too came along to pick up her child Ganesh, but is now helpless with knee pain. I am getting too old, yet why not be there for only ten days, I do not want to take away this happiness, so I take my hair Ganesha home with great vigor. ‘

By now, a good curiosity had awakened among the people around. Some people peeked from their seats and some shrugged and started smiling and looking at the idol.

Then the woman sitting in the back seat, facing forward, asked, “Dad, then don’t you immerse, idol?”

With a pained smile, Dadda said, ‘Now God establishes his form and worships in a lawful manner, but he does immersion, but due to this disconnection, in these ten days, as if the wellspring of his heart explodes. , Which changes our life.

Still putting rangoli, decorating the door with mango arch, must have been sitting there looking at the path. On reaching, she takes a hard look with rye and chilli. Don’t ask, the small lota, glass, plate, spoon are all with our child Ganesha. Not only this, he has also kept a bag of colorful small clothes, so as long as possible, I will keep giving him this pleasure, ”said Dadda’s throat.

Hearing this, someone’s eyes became moist and someone’s heart filled with compassion. The bus was moving at an uninterrupted pace and Dadda’s village was about to come, so seeing them standing by the idol, the person standing nearby said, “Lye, give me the idol”, then gently put the idol in his hands, the dhoti’s last. Giving money to the conductor, Dadda said, “Take it, cut one and a half tickets.”

Hearing this, the conductor said with surprise, ‘Hey you have come alone, then this one and a half ticket?’

Dadda smiled and said, “Did not both come?” One me and one is our child Ganesh. ‘

On hearing this, everyone started looking at them with surprise. Removing people’s confusion, he again said, “Why are you all confused! Is the only idol that awakens everyone’s sense of seeing? What God celebrates, is life only? Hey, she is more alive than us. Even though we believe in him as God, we ask him for everything, but he needs our love and hug. ”Saying this Dadda’s throat was blocked by Bhavatirek.

The conductors, including the conductor, listening to his words, were enchanted and were diving into this unique ocean of compassion and vatsalya that their village came and the bus stopped with one stroke. The conductor opened the door respectfully by cutting the money of one and a half tickets and holding the remaining money and tickets.

When Dadda stepped down and extended his hand towards the passenger, holding his hair Ganesha, he spontaneously came out of everyone’s mouth, including the conductor, ‘See Dadda’s handle’ and Dadda, like a little baby, held that idol in both arms on the footpath with fast steps. Landed. 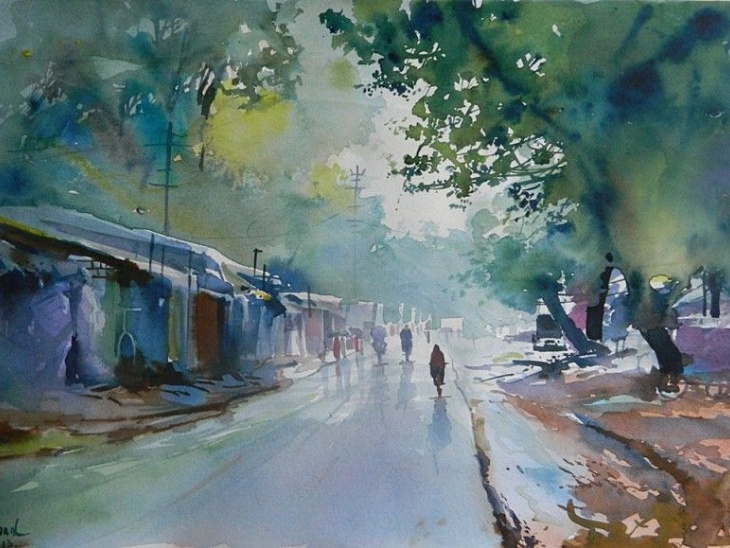 Who came this path

Even air with drops.

Paper Boat to me.

Dolly Jain’s clients have been wearing saris for 15 years, including...