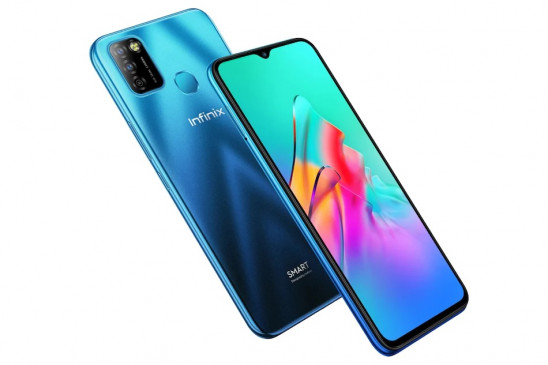 Digital Desk, New Delhi. Hong Kong’s smartphone maker Infinix (Infinix) has launched its new budget handset in India. This phone is Smart 5A, which was in discussion for the past several days and many reports were coming out about it. However, now the company has officially introduced it in the Indian market. This phone will be available in only one variant. It can be bought in three color options Midnight Black, Ocean Wave, and Quetzal Cyan.

Infinix Smart 5A has been introduced with Jio’s offer. To take advantage of the offer, customers will have to use the primary SIM Jio. Talking about the price, at present it can be bought from Flipkart for Rs 6,499 under the offer. Whereas its actual price is Rs 7,999. Let’s know about its specification…

camera
For photography, a triple rear camera setup has been given in it. It includes two lens AI sensor in addition to 8 megapixel primary lens. At the same time, it has an 8-megapixel front camera for selfie and video calling. This camera is equipped with features like Bokeh, Mi HDR, AI 3D Beauty Mode.

Platform/Processor
This smartphone works on Android 11 based XOS 7.6. It has a MediaTek Helio A20 processor with 2GB of RAM. It has 32GB of internal storage, which can be expanded up to 256GB with the help of a micro SD card.

5G Smartphone: These 5 smartphones come in less than 20 thousand rupees

Battery
The phone is backed by a 5000mAh battery, which at the same time has a fingerprint sensor for security.

Comparison, Difference, Specifications, How Nokia 6 (2018) is different from Nokia 6, know

Amazon app quiz october 29 answer all the questions to win...