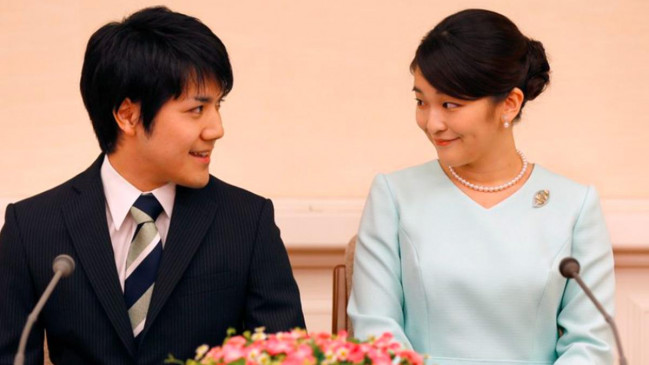 Digital Desk, Tokyo. Princess Mako of Japan has become a topic of discussion all over the world. Let us tell you that Mako took such a decision that you will be surprised to know. Mako has married a common man. Due to which he has lost his royal status. However, public opinion is divided on the issue of the princess’s marriage and ending her royal status. The Imperial Household Agency reported that the wedding documents of Mako and her boyfriend, Kei Komuro, were presented by a palace official on Tuesday morning. According to the agency, they will issue a statement in this regard at a press conference in the afternoon, but during this time no questions will be taken from the journalists. The agency said that according to palace doctors, Mako was suffering from stress earlier this month, but now she is slowly de-stressing. Mako was under a lot of stress due to negative news about her marriage, especially the targeting of Komuro. There will be no celebrations after the marriage.

Mako fell in love while studying

Let us tell you that Mako is only 30 years old, Mako is the niece of Emperor Naruhito. He and Komuro studied together at Tokyo’s International Christian University. They announced the marriage in September 2017, but the marriage was postponed two months later due to a financial dispute involving Komuro’s mother. However, it is not yet clear whether the dispute has been completely resolved or not. Komuro, 30, went to New York to study law in 2018 and returned to Japan only last month. She is the first member of the royal family after World War II who did not receive any money as a gift when she married a commoner.

Significantly, according to the ‘Imperial House’ law, if a female member of the royal family marries a common citizen, her princess status is considered to be abolished. Due to this practice, the members of the royal family are decreasing and there is a shortage of heirs to the throne. After Naruhito, only Akishino and his son Prince Hisahito are in the race for succession. Mako has ended her princess status by marrying a common citizen. Let us tell you that on Tuesday morning she came out of the palace wearing a light blue dress and carrying a bouquet in her hand. There she met her parents Crown Prince Akishino, Crown Princess Kiko and her sister Kako.

WhatsApp will no longer work on these devices, back up chats...