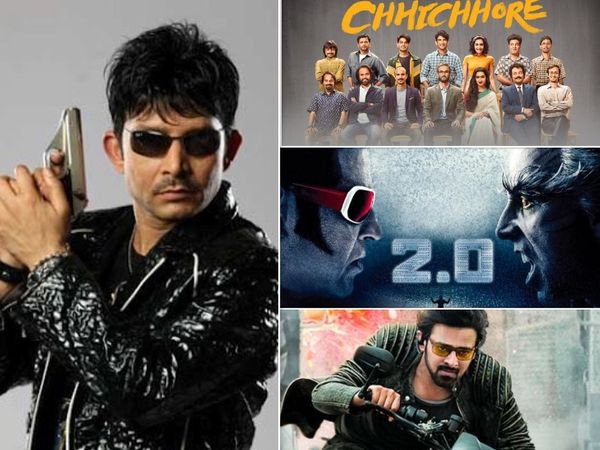 Kamal Rashid Khan, who has been in the limelight for his controversial statements, may not have been able to get good reviews for his film Deshrohi, but he is leaving no stone unturned to be a self-proclaimed critic. Recently, KRK has given a very negative review to Salman Khan’s film Radhe, after which the actor has filed a defamation case against him. Even before Radhe many times, KRK has given amazing reviews to Bollywood films. Let’s know how their reviews are

Aishwarya Rai, Randeep Hooda and Richa Chadha were seen in the lead roles in the film Sarabjit released in 2016. After the film’s release, KRK called the film the second biggest flop of Aishwarya Rai. He wrote, Sarabjit is the second biggest film of Aishwarya’s career. I am sure that now no producer would dare to cast her in their film. However, KRK gave it a positive review before watching the film. He wrote that the film would be a big hit as the makers dared to abuse Pakistan. Indian viewers will like this film very much.

#Sarabjit is 2nd big flop film of Aishwarya Rai so now I am sure that no producer will have courage to take her in main lead.

Akshay Kumar, Rajinikanth and Amy Jackson starrer film 2.0 was described by KRK as garbage. He wrote, This is the worst and worst film I have seen. This film is a waste of money and energy for which I will give it 0 stars. This film is a loss of 600 crores. Many people have asked me to compare Thugs of Hindostan and 2.0. I would like to tell them that Thugs of Hindostan is great as compared to this film.

Before Radhe, KRK Mohenjodaro has been caught in controversies by reviewing the film poorly. He had also written derogatory talks with the film for the makers, which led many celebs to file a complaint against him in Mumbai. KRK wrote, Mohenjodaro is the worst film I have ever seen. I would give this waste a minus 5 rating. Director Ashutosh should be hanged for this joke. I challenge that no person can watch a film without abusing the director, actor and producer. If someone watches the film without abusing, then I will give him 5 thousand rupees. Apart from this, KRK also wrote very insulting things for the film.

#MohenjoDaro is the worst film I have ever seen in my life so I give -5* to this crap. Director Ashutosh shud be hanged till death for joke.

Prabhas and Shraddha Kapoor starrer film Saaho was described by KRK as a torture. He wrote, I have suffered so much torture for 3 hours while watching the film Saaho that I am no longer in a position to record a video for the review. This film should be kept in the Hollywood Museum as the worst film in history. The script writer should challenge that whoever understands the story of this film in the next 100 years will get 2000 crores.

#Saaho is such a fantastic film that it should be kept in the Hollywood’s museum as a sign of worst film ever made in the history of this world. A challenge should be given to script writers around the world that whoever will understand it during next 100Yrs, will get ₹ 2000Cr.

While the film Chichhore received many awards and accolades from the people, Kamal Rashid Khan did not like this film even at all. Giving the film a star, he wrote, the editor is unable to upload a review of the film. It is a complete headache and torture. If you want to waste your time, then watch the film. There are only two words for the film, Aa Thu. I forgot to write that Nitish Kumar, he would have considered his age once before having such a dirty dialogue. The people of India will never forgive you for making a dirty film like Chichhore. 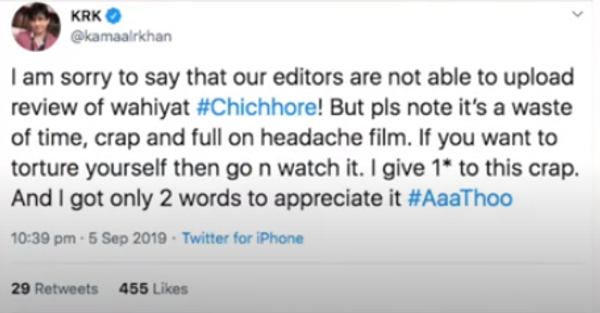 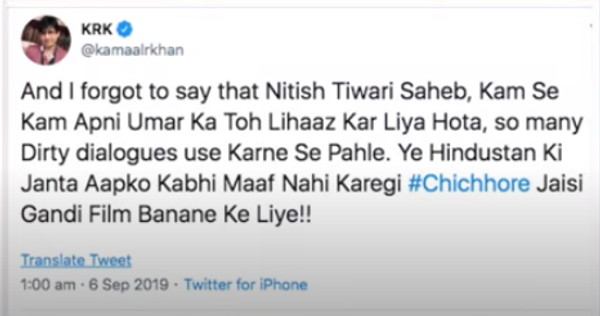 Offset Hopes He & Cardi B Are Getting Back Together & Calling Off Divorce...

Linux 101: Easy methods to maintain packages again from getting upgraded...