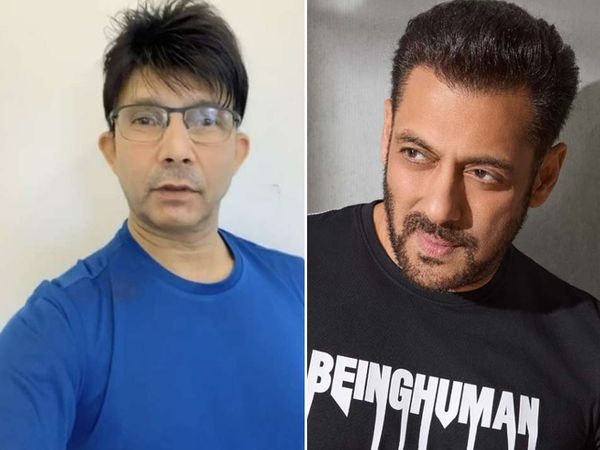 Recently, actor and producer Salman Khan has filed a defamation case against Kamal Rashid Khan aka KRK. KRK then claimed that Salman had done the case because of his negative review of ‘Radhe: Your Most Wanted Bhai’ and announced that he would never review Salman’s films in future. But now this self-proclaimed film Critic has changed its mind. He has announced on social media that even if Salman Khan touches his feet, he will not stop reviewing his films.

What did KRK write on social media?
Challenging KRK in a recent social media post, he wrote, “Usually I do not review his film if the producer and director refuses. But now even if this man (Salman Khan) begs me or even touches my feet I will review every film and song of it. Satyamev Jayate. Jai Hind. “

Thanked salman’s father
Earlier, KRK had mentioned an interview of Salman Khan’s father Salim Khan, in which he called ‘Radhe’ a bad film. KRK wrote, “Salman Khan’s father Salim Khan Sahab said in his interview that ‘Radhey’ is a bad film. This means that he is signaling to Salman that he should consider the film to be bad rather than a case of defamation against me. Should. Thank you Salim Sahab for supporting the truth. “

Cleaning of salman’s team regarding the case
KRK is claiming that Salman filed a defamation case against him for a negative review of ‘Radhe’. But Salman’s legal team is saying something else about this. He issued a statement saying that the reason for the KRK defamation case is wrong.

The team further said that a defamation case was made against KRK because they have made many allegations to defame Salman. He has been called corrupt and accused his organization Being Human of cheating and money manipulation. According to Salman’s team, KRK has been maligning Salman Khan in the name of freedom of speaking continuously for the past several months. At the same time, KRK has denied the allegations made by Salman’s team.