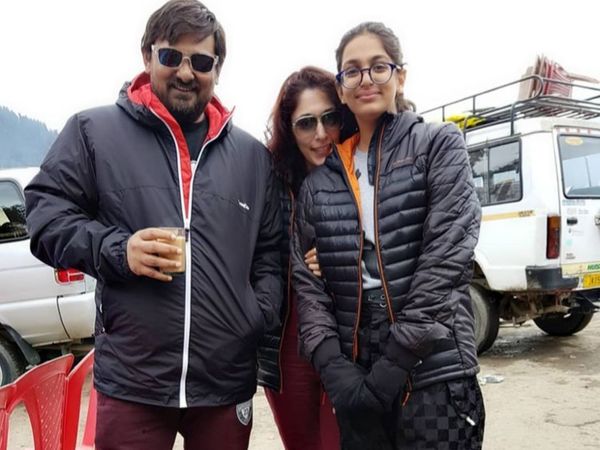 Kamalrukh, wife of the late music composer Wajid Khan, has moved the Bombay High Court. According to Kamalrukh, Wajid had made a will in 2012, in which he and his children had property in their names. She does not want Wajid’s brother Sajid Khan or his mother to be a part of this property apart from him in this property. The matter will be heard on 23 April and in the meantime Sajid has now made his stand.

During an exclusive conversation with eBioPic, Sajid Khan revealed that he and his mother were not interested in any of Wajid’s properties. This behavior of Kamalrukh is a question on his intention in itself.

These things were not remembered when my brother was alive
Sajid Khan explains, “Look, now this matter is in court and Legally cannot bring many things about it. Believe me and my family have nothing to do with this. When my brother was alive, Kamalrukh got this He had not remembered everything. If he had any kind of trouble with my brother, then why did he not bring these things out while he was alive. Now after Wajid leaves, he realizes that he had done wrong to him.

She knows that after death, Wajid cannot speak in his explanation, then she got down to take advantage of this opportunity. They are now blaming us because we know the truth. We know many things about Kamalrukh, Wajid shared everything with us, even his messages. However, we did not want to throw the honor out of our house and that is why we were silent. “

Kamalrukh’s intentions have deteriorated now
He adds, “It is now necessary to prove himself right. To prove him wrong. Wajid used to take life on his children, I do not want to have any kind of bad effect. We know what is the reality of our house.” If we were wrong, such things related to us would have come out long ago. There was nothing better for me and Wajid than our family. Kamalrukh’s intention has deteriorated now, his greed has increased more.

Wajid did his house in his name and I or my mother are not interested in him. I have a house and my work is also going well. I do not lack anything. I have no greed in my brother’s property. My mother is 75 years old and why would she ask for Wajid’s house at this age? We give money to our mother and she spends those money on us. We have not seen Kamalrukh and the children for many years, how can we bother him? My mother is yearning to see Wajid’s children. “

Why did you never bring up the idea of ​​conversion during Wajid?
Last year, Wajid Khan was suffering from kidney disease. Meanwhile, he got corona infected, due to which he died. A few months after his death, Kamalrukh accused Wajid of conversion. Sajid explains about this, “There is a temple in my house, we sing songs from everyone, from Lord Ganesha to Lord Shivji. Many have been a part of devotional evening. Not only that, how many poor girls get married. Is without bringing any caste-religion in. How can you tell a member of your family to convert.

Why did you never bring up the idea of ​​conversion during Wajid? And even if we divorce, Kamalrukh had put such conditions in his Divers Papers, which would make any man tremble. Even though Wajid had obeyed many things about him, my brother was not wrong. Kamalrukh’s reality is well known by his neighbors and the security of the building. What kind of woman she is, no one can tell better than that.

In the property case, the Bombay High Court has sent a notice to Sajid and his mother seeking response by 21 April. The next hearing on this matter will be held on 23 April.

Riddhima Kapoor Sahni Opens Up On Star Kid And Nepotism