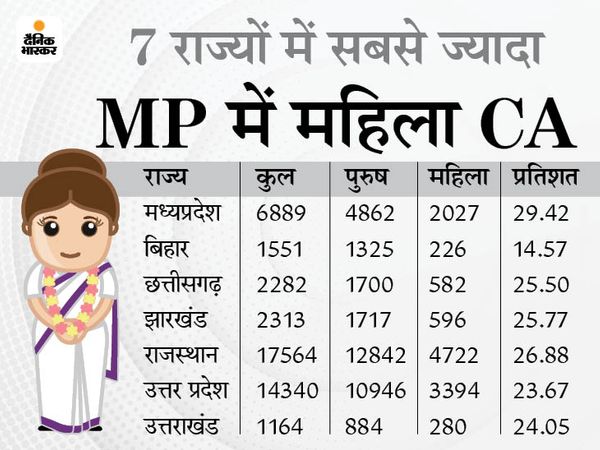 The field of education is still considered safe for women. This is the reason why women have the highest participation in this field. According to the Madhya Pradesh HRD 2018-19 report, about 79.39% women are in the pre-primary state. The second number is that of a chartered accountant. It has 29.42% women. Medical is the preferred field of women in the number three. Women account for 28.57%. The least interest of women is in the profession of legal and entrepreneurship.

Beginning with Centering, Mistress of Construction Company today: 15 years ago, learned the bid of laborers doing the centering, Rs 10 lakhs in 2018. Contractor took loan of

Education is the most favorable field
It is believed that women are able to treat young children much better. According to the report of All India on Higher Education 2018-19, about 64.36% women in the country are working as teachers in pre-primary schools. There are 42.61% women in higher secondary school. Women have 39.94% participation in higher education. In addition there are 59.06 women in Demonstrator and Tutor. 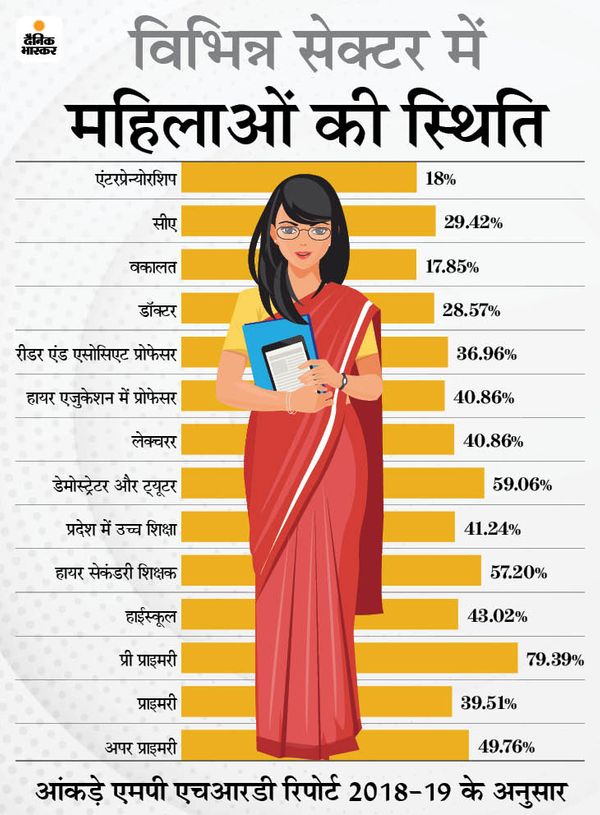 17.85% women in the field of justice
According to Prashant Dubey, Secretary of Madhya Pradesh State Bar Council, 90 thousand people have taken advocacy degrees across the state. Of these, 56 thousand are verified. Of these, around 10,000 (17.85 per cent) are women lawyers. The remaining 34 thousand people have degrees, but they are either not practicing or not verified. The number of women in these is about 25 thousand.

Indore had 3 women lawyers in 1977 and now 700
Indore Advisers Association President Surendra Verma said, there are more than 6 thousand lawyers in Indore. Of these, 700 (11.66 per cent) are women lawyers, who are appearing in court in cases related to crime, revenue, narcotics, and in court in Kutumb court. He told that when he came to practice in 1977, there were 3 to 4 women lawyers here. Among women lawyers, Sudha Srivastava, Ranjana Saxena have fought and won many cases. At the same time, Deepmala Rajput is a government lawyer. 7 to 8 women lawyers advocate the rule.

In the field of health
According to Madhya Pradesh Health Council, 28 thousand doctors are registered in the state. At the same time, according to the President of the IMA, Dr. Satish Joshi, there are a total of 9800 doctors across the state. Of these, 2800 (28.57 per cent) are female doctors.