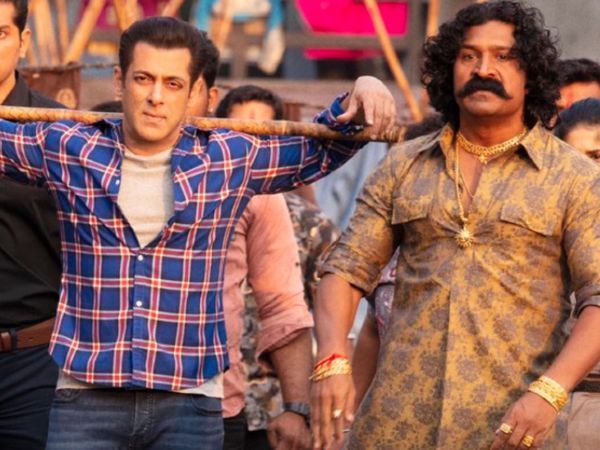 Actor Salman Khan’s film ‘Radhey: Your Most Wanted Bhai’ has been facing a lot of criticism since its release. Meanwhile, now Marathi actor Praveen Tarade, who plays the local don Dagdu Dada in ‘Radhey’, told that his fans are very disappointed after watching the film. Praveen has given a message for his fans in a recent interview and told that he did this film to build a relationship with Salman.

My fans are disappointed after watching ‘Radhey’
Praveen Tarade said, “My fans are disappointed after seeing ‘Radhey’. He said to me, ‘Praveen bhai, why did you do such a small role?’ To this I said, “I came here only after playing small roles. For me the length of the role does not matter. It matters who I am doing the film for. I want to have a relationship with Salman Bhai Wanted and the experience of working with him has been fantastic. I love him as a human being. Like I said, if a commercial film goes through my hands, I don’t like it. “

Marathi movies are better than Hindi in terms of content
Praveen Tarade further said that he does not like to do or watch ‘masala movies’. He said that cinema should be the medium to help the weaker sections of the society to get justice. Praveen said, “I believe that the film is a medium through which justice can be provided to the weaker sections of the society. We can reach them. If your film can raise an issue, then it is better than Nothing. What is the reality of our time and how to shoot it. This can be learned through Marathi films, which are much better in terms of content than Hindi. “

Salman will be seen in ‘Last’
Praveen has acted and directed in several Marathi films till now, including his film ‘Mulshi Paatran’. He also worked in ‘Fandry’. Salman is in the Hindi remake of ‘Mulshi Pattern’, titled ‘Last: The Final Truth’. Salman’s brother-in-law Aayush Sharma will also be seen in the lead role in this film directed by Mahesh Manjrekar. Talking of ‘Radhey’, Salman appeared in the role of a policeman in this film. Directed by Prabhudheva, the film also featured Tiger Shroff, Randeep Hooda and Disha Patani in the lead role. The film was released in theaters and OTT platforms on 13 May on the occasion of Eid.