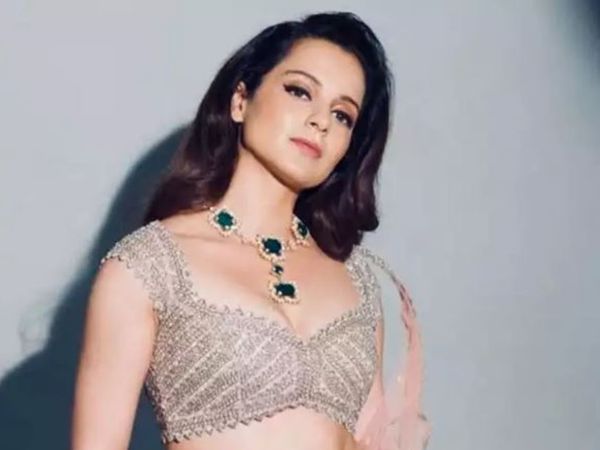 Marathi film producer Dr. Swapna Patkar has recently accused Shiv Sena parliamentarian Sanjay Raut of harassment. Swapna has said that for the last 8 years, Sanjay Raut has not only abused him by using his party’s status and grip on the system, but also harassing his family, relatives and friends. Kangana Ranot’s reaction has come to light on this. He has targeted Sanjay Raut by sharing a post on social media.

I am once again proved right
Kangana Runot wrote in the post, “I have once again been vindicated. The whole world may gang up against me and blame me for my battles, but I never back down on my words. 100% success rate, in the end I always win. Ha, ha, anyone should be proud man. ” Let me tell you, Kangana Ranot also made many allegations on Sanjay Raut last year.

Time and time and time again I proven right, the entire world might gang up on me and shame me for my fights but I never go back on my words and 100% success rate always stand victorious in the end ha ha Kisi ko bhi ghamand ho jaye yaar https://t.co/vneBHRljzC

Swapna wrote a letter to the Prime Minister, pleading for justice
Swapna Patkar has recently pleaded for justice by writing a letter to Prime Minister Narendra Modi. He has also shared the copy of this letter on social media. Describing herself as an educated Indian woman, she has written in the letter that she needs justice, not sympathy. Apart from this, Swapna has also shared many posts on social media regarding this matter.

Swapna produced a Marathi film on Balasaheb Thackeray
In 2015, a Marathi film was made on the life of Shiv Sena founder Balasaheb Thackeray, titled ‘Balakadu’. Swapna then produced this film. Swapna is a psychologist by profession. He is also the managing director of a film production company called ‘The Royal Marathi Entertainment’. Apart from this, she has also written a book ‘Jeevan Funda’ in Marathi in 2013. Not only this, Swapna also runs a multi-cuine family restaurant named ‘Saffron 12’ in Mumbai.

See The Cast All Grown Up — Photos – eBioPic