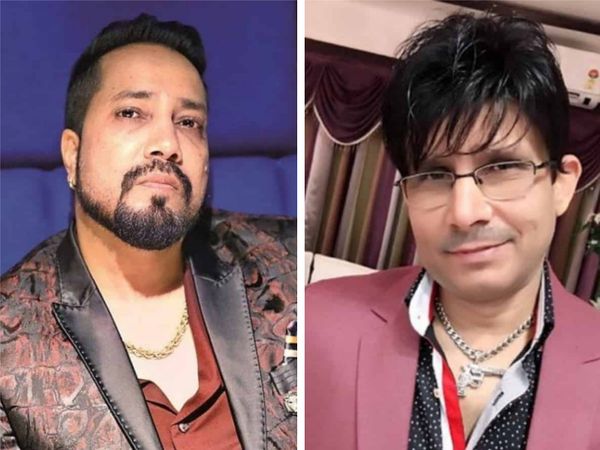 Singer Micah Singh has now entered the feud between Salman Khan and Kamal Rashid Khan aka KRK. He has used words like donkey and rat for KRK, favoring Salman. Also claimed that he has a video in which KRK is begging him for forgiveness. According to Micah, in this video, he is also warning KRK that if he ever makes any comments against him, he will slap him.

‘Why am I surprised Salman Bhai delayed so much’?

In a video on a YouTube channel, Micah says, “I wonder why Salman bhai took so long to file a case against him (KRK). A donkey like that should be taught a lesson as soon as possible. He always makes personal remarks.” Which is wrong. “

If Mika is to be believed, KRK used to comment against Sonu Sood earlier as well. But his tone changed after seeing the noble works done by him last year. Said Micah, “If anyone lied against Sushant Singh Rajput the most, he is KRK. I wonder why the film fraternity kept silent for so long. They should have filed a case against him long back.”

‘No Case-Ways From My Side, Slap Will Come’

According to Micah, KRK is his neighbor and if he ever comments against him, he will not file a case, but will give him a slap receipt. He says, “There will be no case-wes from me. There will be a direct slap.”

‘KRK Rat, won’t come out of the bill’

Mika continued, “KRK is such a big mouse that he won’t get out of his bill. Because he knows as soon as he comes out, he’s going to have a slap.” Micah also told in this conversation that KRK once criticized one of his songs. But after this they pleaded for forgiveness in front of him. According to him, he also has a video of the incident.

What is the dispute between Salman and KRK?

Recently, Salman Khan has filed a defamation suit against KRK. KRK claims that this case has been done by him due to the negative review of ‘Radhe: Your Most Wanted Bhai’. While the legal team of Salman issued a statement, this claim was denied.

The team says that this case has been done against KRK because they have made many allegations to defame Salman. He has been called corrupt and accused his organization Being Human of cheating and money manipulation.

According to Salman’s team, KRK has been maligning Salman Khan in the name of freedom of speaking continuously for the past several months. At the same time, KRK has denied the allegations made by Salman’s team.