read on the app

OnePlus’s bezel-less smart TV is going to be launched soon. A report earlier this week revealed that OnePlus will launch a 55-inch variant of the OnePlus Y1S Pro in India. The smart TV is expected to launch in India in the coming weeks. Ahead of the upcoming launch, a new report has surfaced in which renders have surfaced showing the design of the OnePlus Y1S Pro 55-inch TV. This image has been taken from 91mobiles, which has cited well-known tipster Ishan Agarwal as its source. 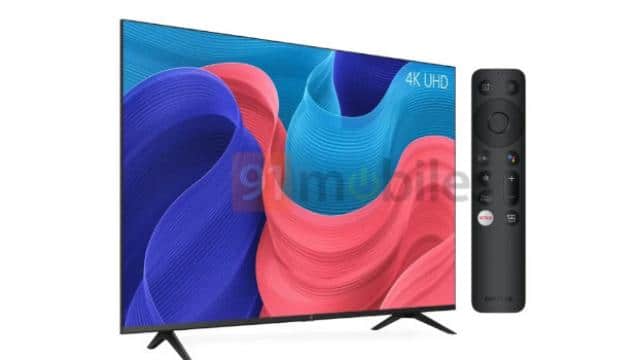 There will be so many dedicated buttons in the remote
The render shows that the TV looks identical to the 43-inch and 50-inch variants, and features a chin bezel, while the three sides of the screen offer a bezel-less design. The smart TV remote has dedicated shortcut buttons for Disney+ Hotstar, Prime Video, Netflix and Google Assistant. Apart from this, there is also a volume rocker, a home button, a back key, and a circular navigation ring.

For the first time, a discount of Rs 22,800 on iPhone 14 Plus, will be available so cheap only here

24W powerful sound will be available in TV
A recent post by MySmartPrice highlights some key technical details of the OnePlus Y1S Pro 55-inch TV. Rumor has it that the OnePlus TV will offer HDR10+, MEMC, and 4K Ultra HD resolution. It is said that the 55-inch Y1S Pro will come with 24W speakers and Android TV OS. The TV may include two USB 2.0 ports, three HDMI 2.1 ports (one of which includes eARC), an RJ45 port, and an RF input port.

This will be the cost of new TV in India
Taking a look at the 43-inch and 50-inch variants already launched, we can expect the OnePlus Y1S Pro 55-inch to come with the MediaTek MT9216 processor, 2GB of RAM, and 8GB of storage. It is likely to have Android 10 TV OS and Bluetooth 5.0 with dual-band WiFi. Earlier in a leaked report, it was said that the price of the upcoming OnePlus Y1S Pro 55-inch TV could be around 40 thousand rupees.

Nothing Phone (1) Review: Despite some shortcomings, the device is much better

Flipkart’s great offer, bring home the phone, if you don’t like it, money back...

Karan Johar’s kids Yash, Roohi wanting to go to the airport is basically all...