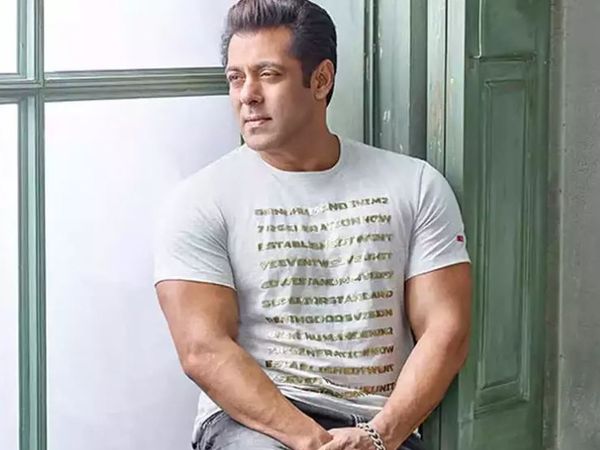 Films of many Bollywood big stars are being released on OTT. In such a way, they have also started acting for those platforms. Many stars are also creating web series with their banner for those platforms. Ajay Devgan and Akshay Kumar are in the list of big acting stars. Shah Rukh Khan’s banner Red Chillies is active in the project making. Now Salman Khan’s name is also being added to this league. He is producing a web series called ’92 Days’ from SKF Films.

Salman’s sister’s husband Ayush Sharma will be the lead actor in the web series
Sources associated with the production house said, “The main lead in this web series is Ayush Sharma, husband of his sister Arpita. It is going to be made by three directors. By the way, Salman Khan’s deep rapport is from Zee Studios. His on the Zee platform ‘ ‘Radhe’ is also being released. ’92 Days’ will be the first in-house project to be made for Amazon Prime rather than Zee Studios. “

’92 Days’ is basically a road trip story.
’92 Days’ is basically a road trip story. Events begin in Agra. The character then travels to Mathura, Morena, Gwalior, Chambal, Datia, Orchha, Indore and Maheshwar. In these areas, the team shoots for 92 days. In this regard, another Tech Reiki is to be held from April 30. Although it does not seem to be happening. Everyone’s eyes are fixed on May 3, when it is known whether the shooting will be possible or the lockdown, the corona curfew will continue.

Salman’s cameo may be possible in web series
Salman’s close friends have also clarified that Salman’s cameo is hardly possible in this web series. They are because many of their films are pending. “Close to 45 percent of ‘Tiger 3’ has been shot so far. It will take a year to complete. The dates are almost up to October ‘Tiger 3’. After that, Salman will decide whether he will Start Sajid Nadiadwala’s banner ‘Kabhi Eid Kabhi Diwali’ or Murad Khetani’s film. “

People close to Salman clearly said, “Murad Khetani has taken the rights to Vijay’s film in South. He has also met Salman for his Hindi remake. Salman has shown interest in him. Now he has a fanatic that he Which film to start first. There are reports from Sajid Nadiadwala that the announcement of ‘Kabhi Eid Kabhi Diwali’ was done on February 11 last year. However, Farhad Samaji is still not able to give the script its final touch. The film stars Salman’s opposite Pooja Hegde. “