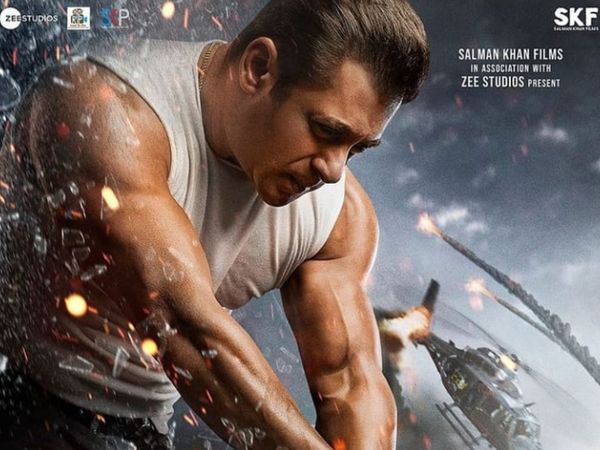 ‘Once I have made a commitment, then I do not even listen to myself.’ Everyone remembers this dialogue of Salman. With this dialogue, Salman released the poster of Radhe and committed to release the film on Eid ie on 13 May. Then Salman wrote, ‘There was a commitment of Eid, I will come on Eid itself’, but at that time no one knew that this time the corona itself would become domineering.

The release of Akshay Kumar’s ‘Suryavanshi’ has been officially postponed. The makers of Amitabh Bachchan’s ‘Face’ have already postponed the release. After Salman’s commitment, whether he listens to his own or not, but the breath of the industry listening to the situation is stuck on suspense whether the release of ‘Radhe’ will be on time or not. The trailer of ‘Radhe’ has been passed by the censor board and some people of the trade have also seen it. The film’s director Prabhu Deva had his birthday on 3 April. There was talk of trailer launch on the same day but it did not happen. After this, the situation continued to deteriorate. Theaters are going to remain closed in Maharashtra due to the lockdown of the entire April month.

Decision to postpone release will be difficult
Earlier there was an expectation that if not Maharashtra, it would do business in UP as well. But now restrictions like night curfew have also started in UP, Madhya Pradesh, Rajasthan and Delhi. Other films have been postponed in this environment, but given the record of Salman’s films released on Eid, it is decided that the decision to postpone ‘Radhe’ will be very difficult. Salman Khan started doing business on Eid from 2009. Salman Khan’s weak story films released on Eid also do business of more than 100 crores.

Seeing the box office performance of Salman’s films released on Eid, it is not difficult to understand why multiplex and single screen theater owners are waiting for ‘Radhey’ to be released on Eid itself. Akshay Rathi, distributor of Maharashtra, Madhya Pradesh and Chhattisgarh, states that Maharashtra is considered to be the largest circle in terms of revenue. The first week of May is expected to be Corona Control. In such a situation, when the theaters open, Radhe Block Buster will go. Our expectations are now from Eid. ‘

Senior trade analyst Atul Mohan explains’ Salman Khan proved how to earn on Eid, even weak films like ‘Tubelight’ released on Eid also made huge profits. Radhe has been waiting for a full year to release in theaters, so I don’t think it will be released only on OTT. ‘Zee Studio from Salman Khan Production House has released two films’ Radhey’ and ‘Last’ rights 250 Have bought for crores of rupees. ‘Radhey’ is expected to do business of over 300 million.

Yes, we want, but…
In a conversation with ‘Bhaskar’ about all this confusion, Zee Studio was officially informed that a final meeting will be held on the release and trailer release of Radhey in a couple of days. By the way, at the moment, we will say that this film is coming on Eid only. However, no one knows what the conditions are due to corona in the coming 10-15 days.

What was the business of films that came during Corona’s era
Even in the era of Corona, some films were dared to be released in theaters but the result was not good. Regarding a film like ‘Mumbai Saga’, it was believed that if it had come in the normal days, it would have been able to do three times as much business as it did now.

… then there will be a traffic jam in June
If ‘Radhe’ becomes postponed, then later in June, there will be a traffic jam at the box office. Akshay Kumar’s ‘Ballabottom’, Ranveer Singh’s ’83’, ‘Fast and Furious’ as well as ‘Suryavanshi’, ‘Faces’ will also come during this time. In such a situation, not one will be harmed. Whatever decision will come on the release of ‘Radhey’ will be important for Bollywood in the next two-three months.