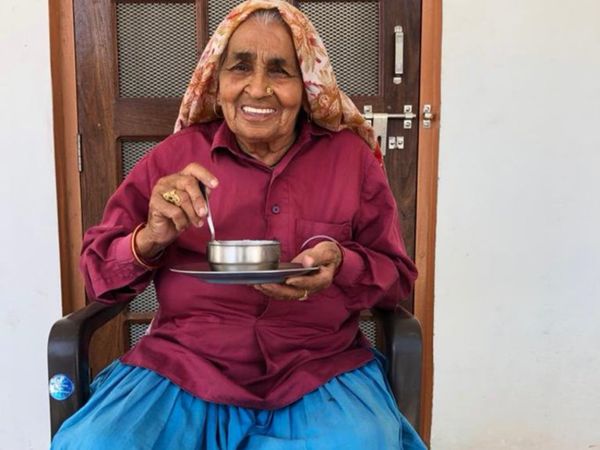 Chandro Tomar, popularly known as Shooter Dadi, died due to a corona infection. Recently, she was admitted to the hospital in Meerut due to difficulty in breathing. The family had posted the news of 89-year-old Chandro being infected on his social media handle 3 days earlier. Actor Taapsee Pannu tweeted a tribute to the death of grandmother living in Baghpat, Uttar Pradesh.

For the inspiration you will always be …
You will live on forever in all the girls you gave hope to live. My cutest rockstar May the ✌🏼 and peace be with you ❤️ pic.twitter.com/4823i5jyeP

Grandma’s struggle was seen in the bull’s eye

Bhoomi Pednekar played the role of Chandro Tomar in the film. Chandro Tomar, a resident of Johari village in Uttar Pradesh’s Baghpat district, has 6 children and 15 grandchildren. She took one of these granddaughters, Shaifali, to the shooting academy of Dr. Rajpal. Where for three days his granddaughter continued to fight with guns. Seeing this, Chandro loaded the gun with his hand and aimed it. Seeing the exact target, the Academy trainer asked him to start shooting as well. Chandro was the oldest shooter in the world. The role of Chandro’s Nand Prakashi in the film was played by Taapsee Pannu. Prakashi started shooting on seeing Chandro.

Shooting started at the age of 65
Chandro did not look back after starting shooting practice at the age of 65. He participated in 25 National Shooting Championships and won all tournaments. In the early days, Chandro used to choose night time to practice. After all day’s work, when everyone slept at night, she used to practice a gun-holding jug filled with water for hours.