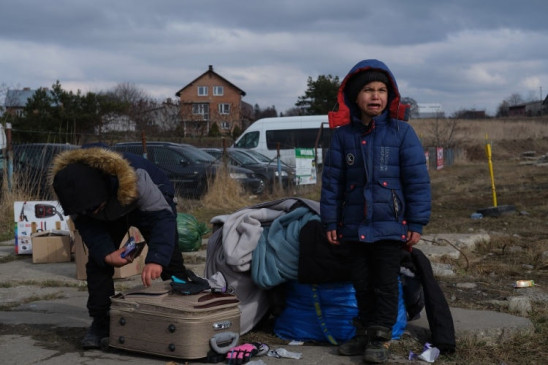 digital desk, Kyiv. Since Moscow began its war against Kyiv on February 24, 5,100 children have been deported to Russia, a top Ukrainian official said.

Adviser to the President for the Rights of the Child and Rehabilitation of Children, Daria Herasimchuk, in a televised address to the nation on Friday, said requests are submitted daily and therefore I urge everyone to report child abduction cases to the National Information Bureau. I urge This will allow us to start searching for a specific child.

According to Herasimchuk, Ukraine transfers the collected data to the Red Cross and other international organizations that help trace children.

She also said, abducted children are not only orphans, sometimes they are taken away with their parents or relatives or forcibly separated from them.

A total of 46 children have been returned to Ukraine, Herasimchuk said, each time it is a different special operation, there is no single algorithm and most likely will not be.

He also said that since the beginning of the war, 353 children have been killed and 679 others have been injured. It is impossible to tell the exact number of total victims. The Russians do not allow anyone to enter the occupied territories, even to bury children.

It also announced that on 1 August a platform called Children of War would be launched that would provide information and statistics about all Ukrainian children affected by the war, and the data would be collected and updated daily.

This platform will become the main source of information for citizens who want to help such children, for journalists and for law enforcement agencies, Herasimchuk said.

Disclaimer: This is a news published directly from IANS News Feed. With this, the team of bhaskarhindi.com has not done any editing of any kind. In such a situation, any responsibility regarding the related news will be of the news agency itself.

Amazon app quiz 21 february 2022 get answers to these five questions to win...