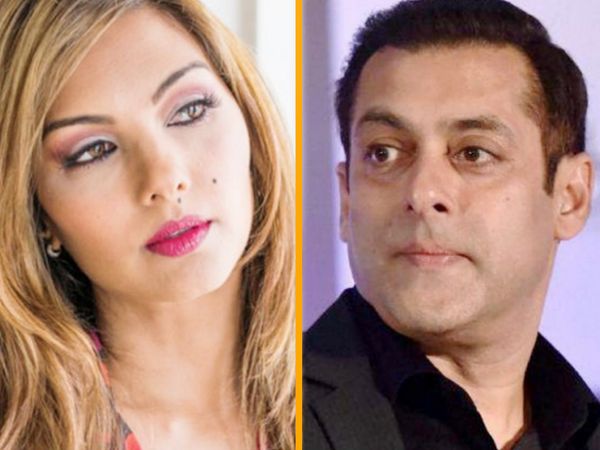 Salman Khan’s ex-girlfriend Somi Ali has accused him of cheating on her. She was talking about her relationship with the superstar in an interview. He said, “It’s been 20 years since I broke up with him. He cheated on me and I broke up with him and left. It’s a simple thing.” Somi also said that both of them have progressed in their respective lives. But he did not talk to Salman for 5 years.

‘India did not come to be a part of Bollywood’

Somi Ali is an American actress of Pakistani origin. In the 90s, he worked in many Bollywood films and this was the period when Salman and they were dating each other. Their relationship lasted for about 8 years. Speaking to Zoom Digital, Somi said, “I did not go to India to be a part of Bollywood. There was nothing left for me when I broke up with my ex-boyfriend.”

Nothing learned from salman khan

According to Somi, he did not learn anything from Salman, but learned many good things from his parents. She says, “The biggest thing I learned was that they never saw anyone’s religion. They treated everyone the same. Their house was open to everyone. I especially loved Salma Aunty.”

Not a career in Bollywood films, but a crush on Salman Khan brought Somi to India. Between 1991 and 1997, he worked in around 10 films and a few commercials like ‘Anta’, ‘Kishan Avatar’, ‘Third Kaun’, ‘Andolan’ and ‘Agni Chakra’.

‘I fell in love’ seeing my heart

When Somi was 15 years old, she saw Salman’s film Maine Pyaar Kiya and gave her heart. She came to Mumbai wanting to marry Salman and started searching for work. During this time, he met Salman in a studio and soon began his affair. The two worked together in the film ‘Buland’ (1992), which could not be released till date. The film was shot 80 percent.

Relationship with Salman broken due to Aishwarya

In an old interview, Somi said that Salman was her first boyfriend. But Aishwarya Rai interrupts and their relationship breaks up. “I had a crush on Salman when I was teenager. That same crush brought me from Florida to India. I joined films only so that I could marry Salman,” said Somi. In 1997, Salman’s closeness grew with Aishwarya Rai on the set of ‘Hum Dil De Chuke Sanam’ and she had a breakup with Somi.

Try making the wedge Frankie, after making it, wrap it in...

Who Is Francesca Rubi? — About The New ‘Below Deck’ Chief...