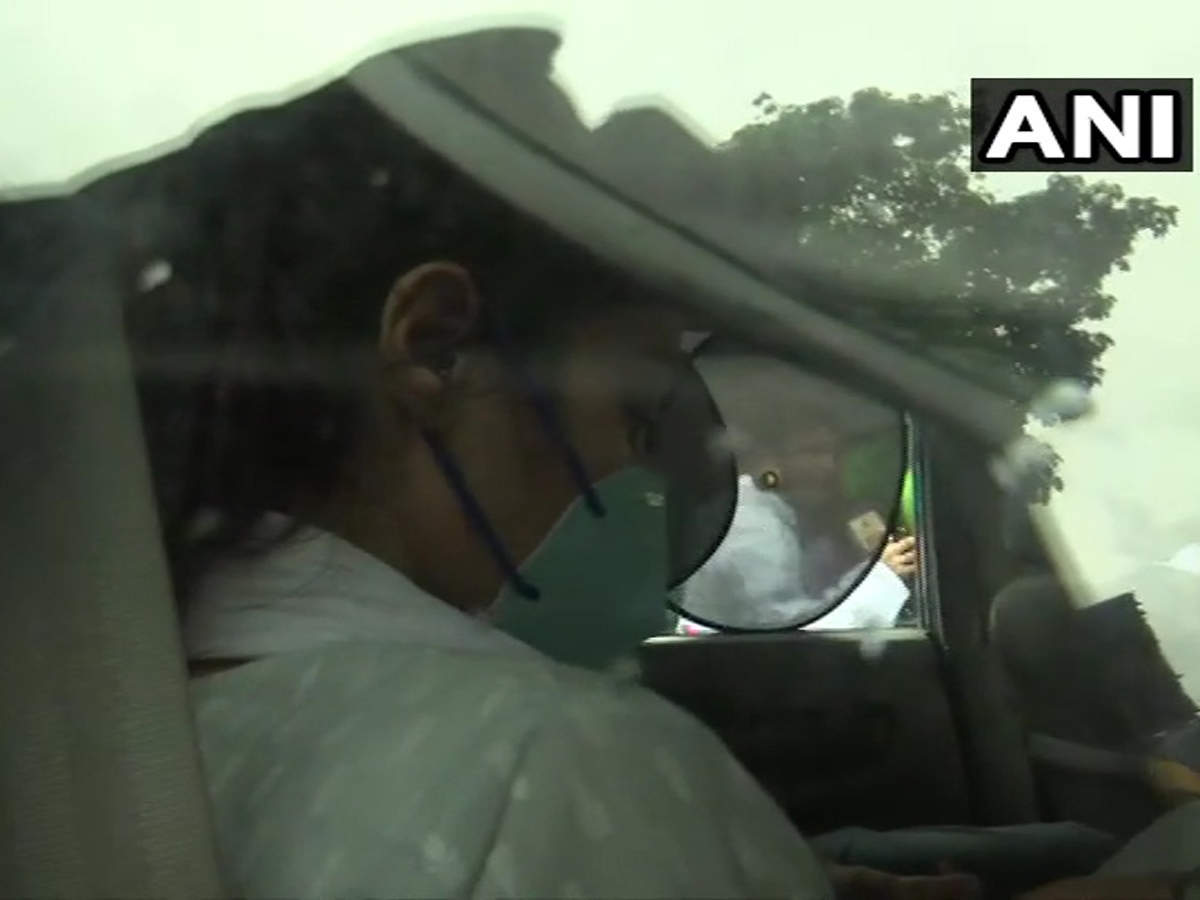 The CBI, which is investigating the Sushant Singh Rajput case, has called for questioning on 8th day on Friday. Riya has started questioning. She has reached the DRDO guest house for questioning at around 10:30 am. The CBI team is said to be interrogating SP Nupur Prasad Riya. CBI has prepared a long list of questions for Riya, so this series of inquiries can go on for a long time.

Different inquiries from Samuel and Riya also
The SEBI team will also interrogate Riya Chakraborty and Samuel Miranda separately. It will inquire about financial angle. Riya is accused of controlling Sushant’s money. Riya is also accused of misappropriating money in Sushant’s father’s FIR. Samuel Miranda was Sushant’s house manager. Riya has also said in a TV interview to ‘Aaj Tak’ that Samuel was hired by Sushant’s sister Priyanka.

Riya has prepared the complete file
According to the information, Riya Chakraborty has reached for a CBI inquiry with a file. In this file, Riya has reached all WhatsApp chats, Sushant’s medical history, emails, bank documents.

CBI called Riya in a hurry
Riya Chakraborty has been summoned by the CBI for questioning on the 8th day. It is said that a big reason behind this is the investigation of NCB. Actually, Narcotics Bureau has also registered a criminal case against Riya after drug chat surfaced. In such a situation, the CBI feared that if the NCB interrogates Riya before or arrests after scrutinizing the evidence, it will affect the CBI’s investigation. Narcotics team arrived in Mumbai on Thursday. In such a situation, the CBI issued Riya summons for questioning on Friday morning.

Riya’s arrest: NCB’s case is stronger
Riya Chakraborty’s arrest is constantly raising questions. Actually, the CBI does not want to proceed for Riya’s arrest until there is no strong evidence on his hands. But the arrest sword is higher in the narcotics case over Riya. The way the drug chat has been talked about buying drugs, and if Gaurav Arya who used to send drugs in a specific way, then how did he come to Mumbai from drugs Goa? If the NCB gets answers to these questions and strong evidence, then along with Riya, the arrest of his brother Shouvik is also decided.

After Deepveer’s Mickey-Minnie version, Anushka and Virat get transformed into Shaggy and Velma