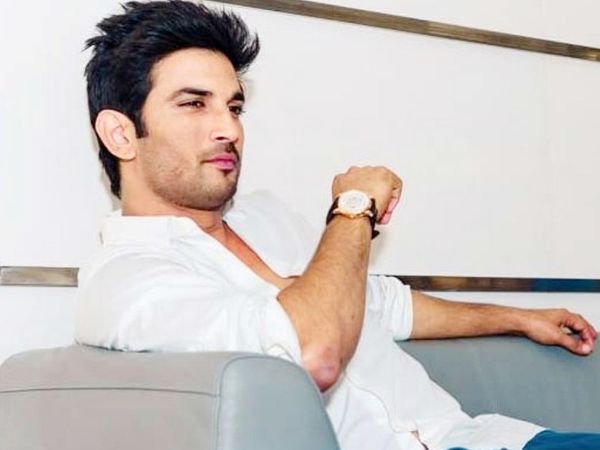 Sushant Singh Rajput’s death is going to complete one year. But the Central Investigation Agency CBI probing the case has not yet reached any conclusion whether the actor committed suicide or whether he was murdered. Sushant’s friend and choreographer Ganesh Hivarkar had put up an RTI a few days ago to get an update on the case, to which the CBI has not responded. Now Ganesh has warned the agency that if he does not get the reply of his RTI by Sushant’s first death anniversary i.e. June 14, then he will agitate in front of the CBI office.

CBI to take action on Siddharth Pithani: Ganesh
Talking to eBioPic, Ganesh said, “NCB (Narcotics Control Bureau) works openly. They have arrested Siddharth Pithani (Sushant’s friend and room partner). But NCB only reveals his crime under the angle of drugs Can. Now it is the responsibility of the CBI to take any action on Pithani. She should reply to whom she is considering a suspense? When will she file a chargesheet against the accused? She is considering it as a Murder or Abatement to Suicide Why has she not been able to take action on anyone so far, she should also reveal the reason. “

Ganesh further said, “I filed the RTI on May 15 to find out the answers to the questions. But even after 13 days, no response has been received from the CBI. There is a provision that 10 to 12 days and CBI time on this issue.” Still, if I don’t get reply by June 14, then I and rest of Sushant’s fans will agitate at CBI’s Delhi headquarters.”

Pithani caught in NCB on May 27
Siddharth Pithani was arrested by the NCB from Hyderabad on 27 May and brought to Mumbai on 28 May to appear in court, from where he has been sent to the NCB custody till 1 June. Siddharth is accused of Siddhartha not appearing for questioning despite the NCB summoning him 3 times in the drugs case involving Sushant’s death. After this he was declared absconding. (Read full news)

Sushant died on 14 June 2020
Sushant Singh Rajput was found dead in his house on 14 June 2020. The Mumbai Police had termed it a case of suicide. However, about a month and a half later, her father KK Singh lodged an FIR in Patna against Riya Chakraborty and her family. Singh had filed a case against Riya for abetting Sushant’s suicide and misappropriating Rs 15 crore from his bank account, which was later handed over to the CBI. The AIIMS, which is supporting the CBI, has denied the possibility of murder in the case and submitted the report to the agency. However, the CBI investigation is still going on.