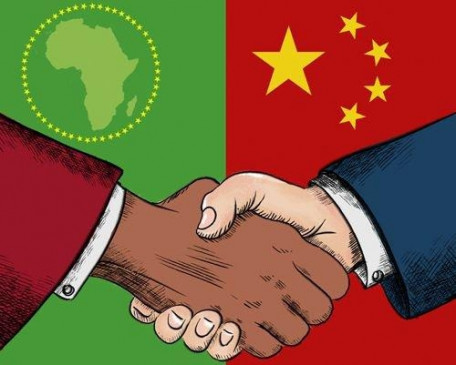 Digital Desk, Beijing. Both China and Africa have done an excellent job in the past year in tackling the profound changes and serious challenges posed by the COVID-19 pandemic. At present, China is the world leader in economic development, and is providing a strong impetus for global reform. It has done wonders of poverty alleviation in the country and achieved the first century goal of building a moderately prosperous society in all respects. Not only this, the country’s technological achievements are attracting the attention of the world, and successes are being achieved continuously in the hi-tech field.

Apart from this, China has achieved a major victory in the fight against the Kovid-19 epidemic. It has delivered more than 2.4 billion doses of vaccines nationwide, and the number is the highest in the world. At the same time, African countries have responded proactively and united to face the effects of the pandemic. Earlier this year, the African Continental Free Trade Area (AFCFTA) was officially launched. This would create a market that would cover approximately 1.3 billion people and have a total GDP of over $2 trillion.

The AFCFTA is expected to release growth potential for Africa and provide new opportunities to revive the regional economy. Weeks ago, the World Bank raised its economic growth forecast for sub-Saharan Africa to 3.3 per cent in 2021 and 3.5 per cent in 2022. Over the past year, China-Africa cooperation has withstood the test of the pandemic. On the one hand, the cooperation between the two sides has shown strong resilience, and in particular, their practical cooperation is growing rapidly. On the other hand, China-Africa cooperation is moving forward with strong vitality, constantly revealing new highlights and development points.