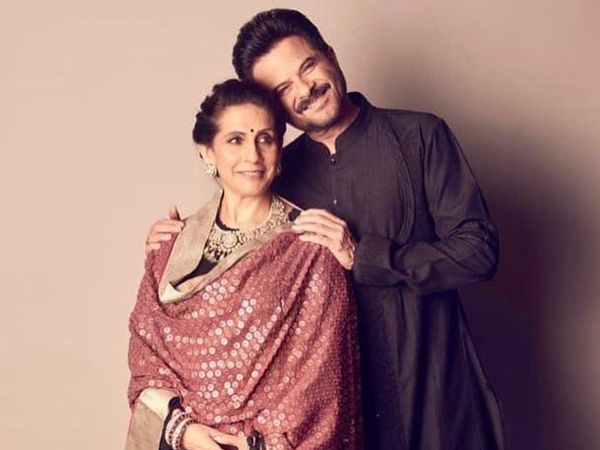 Today (19 May) 37 years have been completed on the marriage of Bollywood actors Anil Kapoor and Sunita Kapoor. Anil shared some unseen photos of his wife Sunita and family through his social media account and also wrote a romantic caption.

Anil wrote in the caption of the photos, “All the love stories and quotes fall short in front of our love story. I know that I feel safe, loving and happy with you. You are a strong foundation for our entire family. We Don’t know what we will do if you are not in our life. I promise you that I will spend my life making you feel loved and valued, in the way you feel at the Happy Anniversary. “

While Anil is seen wearing a suit in the first photo, Sunita is seen in a floral outfit. Family photos of both are also becoming quite viral on social media. In the second photo, he is seen with his brother Boney Kapoor, late wife Sridevi, Sanjay Kapoor wife Maheep Kapoor and all the children.

Farah Khan commented in the photo, writing, “Papaji you are using words like bedrock .. really Sunita has done well with you.” Sunil Shetty wrote, “Happy Anniversary”.

In the days of Struggling, Anil Kapoor did not have money, then Sunita used to take care of him. When the two first met, Anil Kapoor was a struggling actor and Sunita was a well-known model. Anil was able to see Sunita and gave her his heart. They wanted to get closer to him, but they had no means of reaching Sunita. Findley, his friends, got him a telephone number. After this, both of them started talking. Anil became obsessed with Sunita’s voice.

Where Becky Is Revealed – eBioPic

Dance is the source of energy in a stressful life, you get these spiritual...