Dr. Geetharani of Bhopal ended the monopoly of men from a field which was considered untouchable for women till before them. Dr. Geetharani does postmortem. In her 32-year career, she has done more than 9500 post-mortems till now. She is the only woman to make such a record. She is also the only woman from Madhya Pradesh to do MD in Forensic Medicine. 63-year-old Dr. Geeta still works with passion and passion. Senior Forensic Specialist at Medico Legal Institute Bhopal Dr. Geetharani shared his experiences with Bhaskar…

Geetharani says, ‘About 8 years ago, a corpse in 60 pieces came from Shajapur for a postmortem. In that case, the dead body was murdered and dumped in a dry borewell. It took three days for the police to evacuate the body from the borewell. It took me two days to test it. After this, four years ago, skulls and skeletons were found in three-four pieces, which was difficult to test, the family were hiding. When the skull was tested, it was found that the bullet was stuck in the skull. When the matter was resolved, it was found that the family members had committed the murder.

Wanted to do PhD, but could not
She says, ‘Father was a teacher. Wanted that I go to the Medical Teaching field, so did BSC, MBBS and MD (Forensic Medicine). I also wanted to become a lecturer in medical college. Vacancy of lecturership in forensic department came out, then on the demand date, my age was two months and 8 days more. I always feel sad about it. After this, PHD also wanted to do, but could not due to government disruption. I see, when family members come to see the dead body with a cloth tied on their mouth, then I am left speechless that after dying, the value of human being is no longer there. ‘

MPPSC Selection
Geetarani says, ‘I was born in Morena district. I thought that I would also teach children like a father to a teacher, but luck was something else. I was selected from MP Public Service Commission (MPPSC) in 1989 as Medical Officer in MP Medico Legal Institute. Currently my main task is to do the autopsy postmortem and vote expert. Apart from this, the court also has to be present for the disposal of medico legal cases.

Slept fully after seeing 20 dead bodies for the first time
She says that when I was a first year MBBS student, 20 dead bodies came along one day. Those who saw that today I will not be able to sleep the whole night, but in my mind that if I want to do something different, then I have to become strong. It gave inner courage and slept all night. After this, for a year, I did a dissection on the same 20 bodies. ‘

Do photography in my spare time 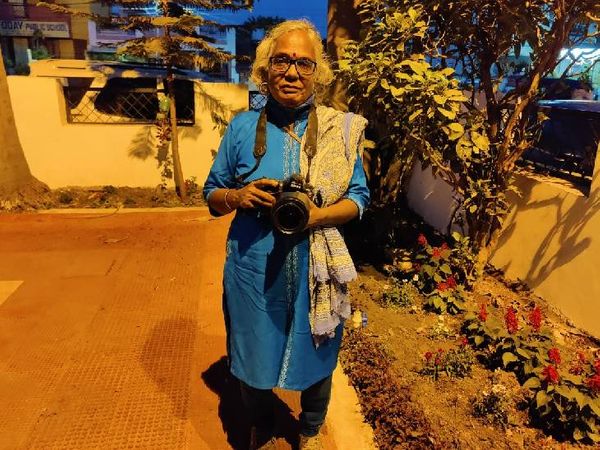 Dr. Geetharani learned photography to test the dead bodies, which he became a hobby.

He said, “In addition to autopsy photographs come in the department, then I learned photography to examine them. Noted photographers Rakesh Jaimini and Prashant Saxena taught photography. I am single, but do all the things of choice. Apart from his work, he is also fond of long driving and photography. I have a car, laptop, camera with me all the time. Sometimes I go away from the city to take photos of animals and birds. ‘

She says, “Today daughters are achieving in every field. Women are making a place in a male dominated society. This is what girls are told to be courageous. Accept the challenge and move forward. In which field you want to make a career, make this choice yourself. Always keep the passion inside you. ”

First Omicron death in Australia after fully vaccinated First death from Omicron after...

Beyonce Shares New Trailer For ‘Black Is King’ On Disney Plus: Watch – eBioPic

Nokia C20 Plus launched in india at a budget price under 9 thousand rupees...